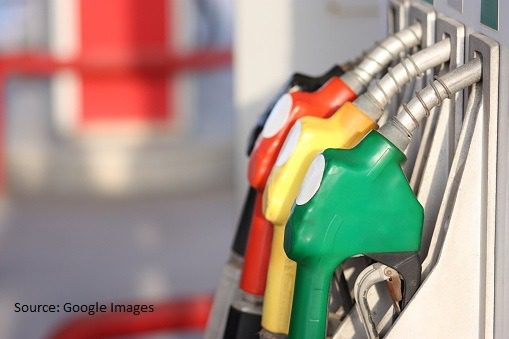 My friend Akshatha and I had hired a car in Auckland. We had driven about 300+ kilometres from Auckland to Taupo the previous night. And we had decided to get the car’s fuel tank filled before we headed to Tongariro National Park.

I had a car in India, which was about 4 years ago. And yes, I had forgotten everything about cars, starting from switching on an Air Conditioner (AC) to opening a fuel tank.

With a lot of embarrassment, I decided to ask the guy who was arranging the barricades at the petrol bunk. At first he was shocked by our question, then he realised we must be the desi (a.k.a Indian) versions of blondes. He giggled, and finally helped us open the fuel tank. The knob to open the fuel tank was under the driver seat – Seriously 😱? Why? Is the car designed to solve a jig saw puzzle 🤔? I still don’t understand the reason of hiding the knob under the seat – Whatever!

I walked up to the fuel tank. Oh my God! Another big problem – Was the car a petrol car or a diesel car? I had a panic attack. There was no place where I could have just hidden my face 🙈. Why was this happening to me? I got my senses back and tried to look for instructions. All that was written was Octane 90 and above – Like that was going to help me 🙄.

I asked Akshatha to go talk to another guy (who looked like an Indian – a jackpot) at the counter. Akshatha hesitantly (probably abusing me) walked into the store and stood in the queue that was in front of the counter. Suddenly I had a brilliant idea (wooohooo! my mind works before coffee 😇), and I decided to ask the question differently that made us a little less numskulls. I made a heroic entry (rather a ‘save myself from the shame’ entry 😀 ) and asked ‘The instruction on the fuel tank says Octane 90 and above – Should I be using for the green coloured or the yellow coloured fuel pumps’ My inner devil was so proud 💃🏻.

That day I learned many things:

2 thoughts on “How do you open a fuel tank?”