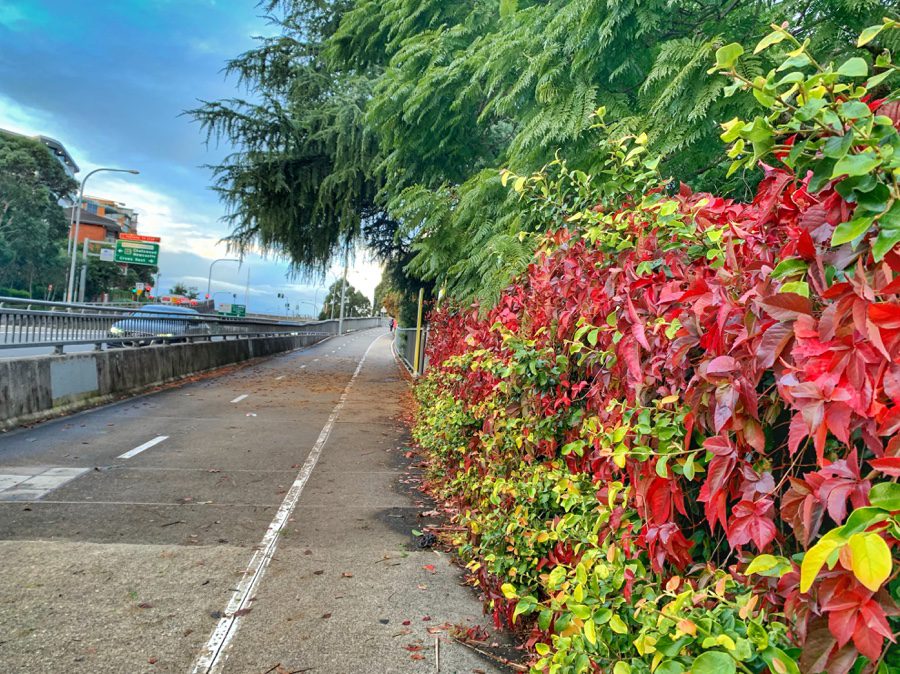 Where is Lane Cove?

How to get to Lane Cove Village?

The easiest way to reach Lane Cove Village is by taking a public transport. There are frequent and express buses between Wynyard (Clarence Street) and Lane Cove Interchange. The bus numbers and up-to-date information can be found on the Transport for NSW website.

Lane Cove is just 11 kilometres from Sydney Central Business District (CBD). The drive takes just 15 minutes as it is through the M1 freeway.

What is Lane Cove Tree Trails?

The shortest trail of all the walks in Lane Cove tree trail is the Plaza tree trail. It is also known as a pink route and starts and finishes at the Lane Cove village.

The Stringybank tree trail is also a very easy walk and is just around 2 kilometres. The trail is the orange route.

Of all the three walks, this trail is the longest and takes a bit of more time but is still an easy one. And this is the blue route.

Other things to do at Lane Cove

Even though Lane Cove does not have too many things to do, but there are a few other things that you can do at Lane Cove.

Have a coffee at the Lane Cove village

The Lane Cove village is a lovely and vibrant place to spend time the morning sipping a coffee. It has a very cosy and authentic village and community feel. There are plenty of cafes and restaurants where you can have coffee and spend time reading a book or watching people around.

The food at Lillah Middle Eastern restaurant is delicious and beautiful. The ambience, and the unique middle eastern dishes are the best at this restaurant. Even though the food is pricey, it is definitely worth it. I recommend this restaurant.

One can kayak on the river in the Lane Cove National Park. The kayaking on the 4.5 kilometres stretch along the river is relaxing and very scenic. The kayaks can be rented in the national park.

Yes, Lane Cove is one of the safest suburbs of Sydney. I lived in that suburb for a few years and I did not have any issues whatsoever even at nights. The educated people live in Lane Cove and are very polite and mostly mind their own business. However, like any other place, be cautious and know your surroundings, especially at nights.

Lane Cove tree trails is a nice evening walk that one can take after a stressful day at work. It is so peaceful and has so much greenery. I have done this walk a couple of times and I used to really enjoy walking amidst the trees.

For other walks that can be done in Sydney, refer the section of my blog “Walks in Sydney“.