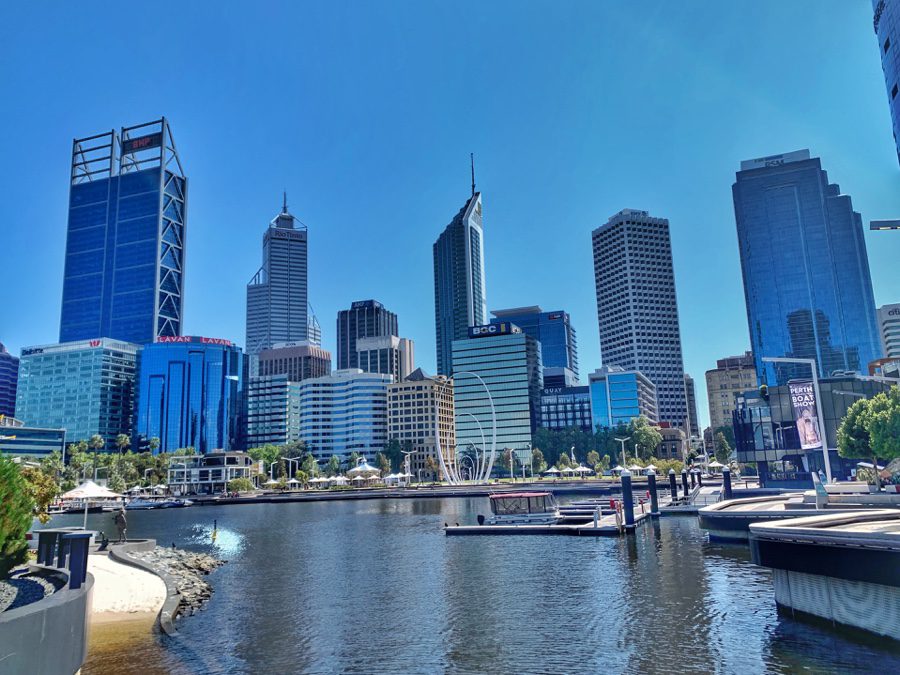 I have started traveling solo again, yaay! And this time to Perth, to explore this capital city in Western Australia. This is my second time in Perth city. The first time I was in this beautiful city, I explored Perth for a weekend, and the second time I decided to spend 5 days. As much as I would love to explore Western Australia, I have been unable to do so because of its distance from Sydney.

Perth is the capital city of the state of Western Australia in Australia. The city sits on the Swan River. It is known for its beautiful West coast beaches and the botanical garden. The city of Perth has its origins from 1829 and was established by the British government.

Did you know that Perth is famous for being the most isolated city in the World? It is surrounded by nature.

The best time to visit Perth is during the spring season which is in the months between September and November. To explore only the Perth city, I think around 2 to 3 days is sufficient. But one needs more number of days to explore the places around Perth city. The actual nature and its beauty are outside of the city.

Perth has the fourth busiest airport in the country. It has an International airport and is very close to South East Asia. The cheapest flight is from South East Asia when compared to Sydney.

There are many international airlines that operate out of Perth. Some of them are Singapore Airlines, Etihad Airways, Qatar Airlines, and Qantas. The budgeted ones are AirAsia and Scoot.

My most favourite international airlines are Singapore airlines and Qantas.

If you are traveling by budgeted airlines, then read my post for tips to make your journey comfortable.

Perth airport is both a domestic and international airport in the city of Perth. The airport is the fourth busiest airport in Australia. It is around 18 kilometres from the city centre.

The taxis (Ola cabs) from the airport to the city centre costs around AUD 25 and is definitely the quickest way to get to the city.

There are cheaper options from the various terminals to get to the city. It is through the public transport. Below are the details of the buses that run between Airport and the City:

The cost of the ticket one way is around AUD 4.90.

Getting around in Perth

Perth has three modes of transport for getting around within the city.

Perth Railway Station is the largest station on TransPerth network. The recent and up-to-date information on public transport in Perth can be found on TransPerth website.

A stand alone one time ticket can be purchased at any of the train stations.

SmartRider is the transportation card that can be re-used by recharging. The card can be bought at any SmartRider Retail Outlets. All the outlet addresses can be found on the TransPerth website.

Car is the best way to travel outside Perth. One can hire the car at the Perth airport or at any of the car hire agencies such as Hertz.

I love staying at hostels and I have found the YHA is one of the coolest hostels ever in Australia. It is neat and the staff is very professional. It is not like some of the nonsensical hostels I have stayed while traveling.

When I traveled to Perth, I stayed at two hostels – YHA Perth and YHA Fremantle. YHA Fremantle is very interesting as the hostel is inside a prison. How fascinating is that! Yes you heard it right, the hostel is right inside the prison and I would definitely recommend staying at this hostel at least for a night.

Even though I landed at around 5 AM that morning, I still took the Wave Rock tour. The tour was to visit the most famous rock that looked like a wave, which is known as Wave Rock. It is a natural formation made of granite.

The Wave Rock is approximately around 340 kilometres. I felt it was too much of a distance to cover in a single day. It surely was a tiring long day. I would suggest driving to the Wave Rock instead of taking a one day tour. It is best to stop at one of the villages or towns for a night and making this two days tour.

I had this day relatively free just to explore Perth city. So, I decided to do two walks around the city as I believe walking is the best way to explore and discover places.

The walk around Swan River is absolutely breathtaking. The skyline of Perth city is totally worth it.

The Art city walk was one of my most favourite walks in Perth. It was like a treasure hunt where one needs to find different art mapped out on a map provided at the visitor centre.

I visited the Perth Mint on the day. And I must say that the Perth Mint is totally worth visiting. They have some unique coin collection and they also demonstrate how to make gold – which is pretty cool.

The fun things to do in Perth Mint is:

Both the times I have been to Perth, I have traveled solo. It is one of the safest places I have traveled as a solo female traveler. So yes, absolutely Perth is safe. However, like any other place, be cautious especially at nights and trust your instinct.

Perth is definitely worth visiting. The city itself has some amazing vibes and the places around the Perth city are absolutely stunning. I would visit again to explore more.

For my personal travel stories on Instagram, refer RAKSROTTNESTISLANDDIARIES and RAKSPERTHDIARIES.