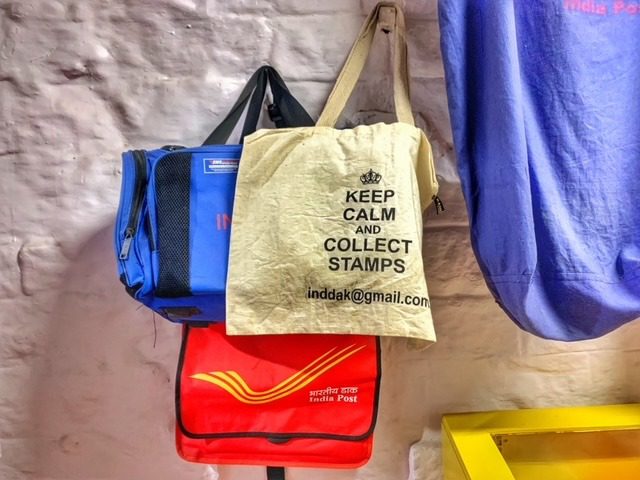 With all the digital innovations, it is sad to see how hand written letters are an ancient thing these days. Gone are those days when we used to write letters and send postcards to our loved ones. In a feeble attempt to bring back those good old days of letter writing and communicating, I have been making an effort of sending postcards to my friends once in a while. And it is because of this attempt, I visit post offices very often in every city I visit.

Sandesh in Hindi and Sandesha in Kannada means communication.

Did you know that Bangalore has a museum dedicated to Indian communication? Yes, one of the most beautiful and unique museums I have visited is the Sandesh museum, that is dedicated to the journey of Indian communication system. It is one of the hidden gems in the heart of Bangalore city, unfortunately that people are unaware of. In fact, I was as uninformed as others until my friend and I visited the Bangalore General Post Office (GPO) one day to inquire about the philatelic deposit account. And it was then that one of the staff told us about this museum and requested us to visit it when possible.

Do you know that anyone residing in India can open a Philatelic Deposit Account (PDA) in India? Started by Indian Post, PDA is a deposit account for Philatelists (people who love collecting stamps). The minimum balance required is INR 200 and one can get special issue stamps, first day covers and others items as soon as they are issued. The deposit account can be opened at any Head Post Offices such as the GPO.

About Sandesh, Museum of Communication

Located on Museum Road in Bangalore city of Karnataka, Sandesh museum is housed in a heritage listed building dating back to 1804 and that was once used by the British. The museum displays the artefacts and exhibits showcasing the history of how Indian communication has evolved over the years.

Are you visiting Bangalore for the first time? Then start with my travel guide to Bangalore.

Opened recently in 2019, the museum has six rooms and each room with a name presents itself with a series of communications.

Apart from the exhibits displayed in the six rooms, do look out for other important displays such as a few books that illustrate Bangalore city, different post boxes, cancellation stamps, an old bicycles used by postmen and posters of different post offices in India.

Do you know stamps issued by Indian Post celebrate India’s culture and heritage. The stamps have photographs and pictures if festivals, music, art and stories that portray India as a rich, vibrant and colourful country.

How to get to Sandesh museum?

The Sandesh museum is just around 2 kilometres from Bangalore GPO and it just takes 5 minutes to drive by car. There is ample free parking at the museum.

The Sandesh museum must surely be on your list if you love learning about history and visiting museums. It is one of its kind and has history of about 200 years. I highly recommend adding this on your list.

Have you visited the Sandesh museum? What did you think? Let me know in the comments below.