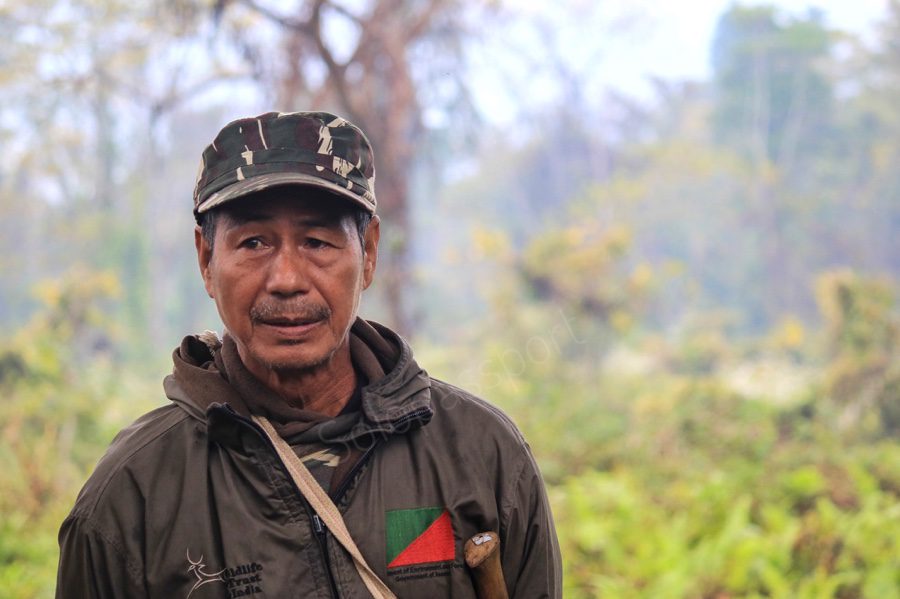 We all grew up listening to stories of how good can win over evil. Our elders and teachers have taught us how we can influence bad with a lot of good deeds. Yes, we have seen them happen in movies and shows, but have you ever seen it happen in real life? Similarly, I had only seen them in movies. But as part of my 10 days travel in the land of Bodoland, I had an opportunity to meet 4 ex-poachers and interview one of them. How did these ex-poachers turn into wildlife protectors? Who made this happen? What is the history behind this story? Is this story for real?

Manas National Park, also known as Manas Tiger Reserve, is a national park in Assam. It received an UNESCO World Heritage Site tag in the year of 1985.

Unfortunately, the national park soon became a victim of the armed struggle for a Bodoland state, separating it out of Assam state. Manas also became a victim to poaching because of the demand for Rhino’s horns and the timber within the forests. Furthermore, no official body wanted to venture even closer to the park. The situation went to worse that UNESCO declared Manas as a World heritage site in danger.

In the late 1980s Manas’s 100 Rhinos were killed and park infrastructure damaged by insurgents. This led World Heritage Committee to put Manas in danger list in 1992. In 2011 Manas got back World Heritage Site status for success conservation, and reintroduction of rhinos was one of the factors.

By early 2000s, all the flora and fauna disappeared. All Rhinos were killed and most of the forests were destroyed.

In our visit to Manas National Park, I was introduced to four poachers. There was a poacher among the group who had poached for 25 years and had killed around 100 elephants. Another poacher had lost his one arm to a wild boar during hunting.

When asked why they committed these heinous acts? The most common answer was lack of money. They were poor and it was difficult to get jobs. And that forced them to kill animals.

And we all had the next question about how much money was poaching fetching them? To which they said that the head/kingpin who ordered for killing an animal would get Rupees 2 lakhs for a Rhino horn. Collectively the group of poachers would get Rupees 15,000 to 20,000. And to kill a Rhino would involve a group of 4 to 5 poachers.

Who brought in the change?

The local Bodo villagers decided to take action. It was their home ‘Manas’. And Manas was getting destroyed and it was happening in front of them. They along with the student’s council created an NGO ‘Manas Maozigendri Ecotourism Society‘ in December 2003. The main purpose of that society was to protect Manas, its forests and the wildlife.

The society volunteers first identified all the poachers who were destroying the habitat. Most of the poachers were from the village or the neighboring villages. They went to their homes to talk, educate and influence them in giving up their hand made guns. The poachers were counselled to become the protector of the forests.

I was also blessed to interview Kalen, President of Manas Moazigendri Eco Tourism society. Kalen was one of those people who believed in this change and who brought in the change. When asked if there were any challenges, he replied ‘Many‘. He also received death threats, but that did not stop them. He had just one aim and that was to protect Manas.

I get a lot of sukoon (satisfaction) when I see a poacher becoming a protector.

The Manas Moazigendri Eco Tourism Society bags many awards for their achievements. Some of them to name are Anirudh Bhargava INTACH Environment Award 2005 and Amrita Devi Bishnoi Wildlife Protection Award 2006.

What do these ex-poachers do?

The ex-poachers turned conservationists are now responsible for protecting the wildlife and the forest. They preserve the habitat by patrolling the forests. The forests are patrolled in the core areas using elephants and the animals in need are rescued and protected. The ex-poachers now get Rupees 6,000 per month. This was more than the amount they would get for poaching.

In the interview, one of the ex-poachers said that today he feels proud to be in front of his children and not be ashamed as he was when he was poaching.

How can you help Manas?

The ecotourism is the way for helping Manas and for improving the lives of the local Bodo people. There are accommodations including the camps and cottages on the outskirts of Manas. There are many activities such as jeep safaris and forest trekking that are arranged by Manas Moazigendri Ecotourism society. They also arrange for cultural activities such as local singing and dancing.

Manas Moazigendri Ecotourism society is located in Bhuyanpara Range in Manas. It is near the Kaklabari Central Seed Farm. Manas is around 175 kilometres from Guwahati and the nearest airport is in Guwahati. It takes about 3 hours by road.

It is absolutely safe to travel to Manas. The resorts and the camps around and within the national parks are very safe and protected. I stayed at a property called ‘Smiling Tusker Resort‘ which is on the outskirts of the park. The resort staff are very friendly and they took good care of us while we stayed with them.

Today, Manas is a perfect example of an extraordinary comeback from the rags to a well known developing and nourishing national parks in India. It sets a standard for all other national parks across the country. The park has sent positive vibes and stories. UNESCO has now removed Manas from the danger list and has given its true name as one of the World Heritage Sites. The national park still has a long way to get back to the status it was in the year 1985. The change is real and difficult but it is happening.

Honestly, I always thought poachers did not deserve a second chance. Being a wildlife lover, I hated them for harming the wildlife and forests. I had always read about them on the news and seen them on television. And I had not in my dreams imagined that these people who killed harmless animals for mere few hundred rupees can become the wildlife conservationists. They can become the protectors.

I thank Assam Tourism board and Bodoland Tourism for providing this opportunity and hosting me. This was a learning experience for me and this experience gave me a chance to change my opinion and appreciate the good.