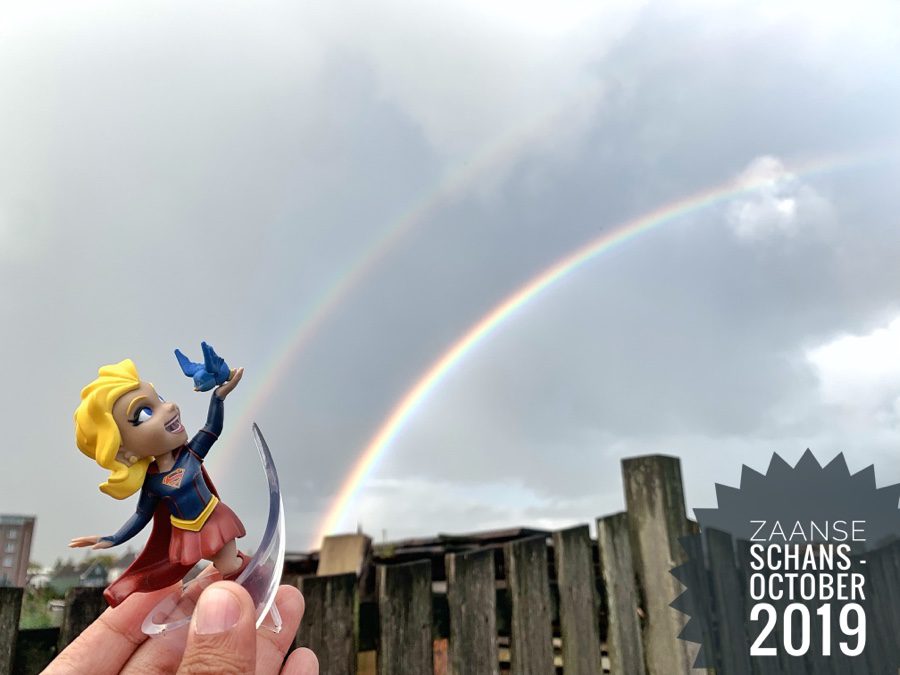 As part of my visit to Amsterdam, I took a bus tour from Amsterdam to cover four places (towns and villages) in the Netherlands. It was a full-day tour, picking us from the Central station of Amsterdam to cover Zaanse Schans, Edam, Volendam and Marken. We were picked up at around 8 AM with a huge group of people.

The bus tour was with Amsterdam Guias Tours and it costed me about AUD 48.16. The phone number of the provider is +31689931423. The tour can be booked using the Viator website.

I loved this tour company, especially my tour guide Laura. She was absolutely brilliant. A funny and very knowledgeable guide is what I would describe Laura as. It was a day of a lot of fun and exploration. The tour company had organised the entire day very well and we did not face any issues during the tour. I definitely recommend going with this tour company if you wish to take this day tour.

Every traveler has the windmills of Amsterdam in their bucket list. That is the first and foremost thing to see when one is in the Netherlands.

‘Zaanse Schans’ is the place to see those beautiful windmills. The town is in a neighborhood of Zaandam, which is around 17 kilometres (less than 1-hour drive) from Amsterdam. Zaanse Schans derived its name from the river Zaan. The place is also known for its green wooden houses. The windmills and the green coloured houses were relocated to Zaanse Schans to give a look of the 18th and 19th-century village.

One can easily spend around 2 to 3 hours at Zaanse Schans. The timings to visit Zaanse Schans is between 9 AM and 5 PM. A must-try is the hot chocolate in one of those windmill shops and look out for the rainbows. According to Wikipedia, there were 1.6 million visitors in the year 2014.

Zaanse Schans can be reached by public transport (a bus or a train) from the Central station in Amsterdam. The bus is the quickest way to travel between the two places.

Edam is a beautiful town in North Holland. It is very close to Amsterdam, about 30 minutes drive from Amsterdam. The town has very few thousands of people residing. It is famous for its cheese and it has an authentic village feel. The town hosts 18th century cheese warehouses.

One can buy different varieties of cheese. For vegetarians, ensure to ask and then taste the various cheese.

Volendam is another Dutch town on the Markermeer Lake. The town is around 20 kilometres from Amsterdam. This town is famous for its cute little colourful wooden houses. It is a very popular tourist destination in Amsterdam. Apart from the wooden shoes, the town is also famous for its fishing boats and traditional attire.

Usually, Volendam is visited in combination with Edam. It is extremely crowded during the peak season.

One can visit the warehouses and see a demo of how these shoes are made.

In the Bollywood movie Queen, played by Kangana Ranaut, there is a scene where the actors set up an Indian golguppa shop. That scene was filmed in Voldendam.

Marken, 25 kilometres from Amsterdam, is a fishing village in the province of North Holland. It is a village with just a population of 1800 people (as of 2012). The major attraction of Marken are the wooden characteristic houses.

Marken was an island, historically in the Markermeer. The anthropologists and ethnographers fled to Marken to study the relic of traditional culture in the 19th and 20th centuries.

I had an awesome day visiting these stunning four towns of the Netherlands. They are very pretty and gives a taste of the countryside villages and towns. I surely recommend taking this tour or at least visiting these pretty little towns.

2 thoughts on “Tour to Zaanse Schans, Edam, Volendam and Marken”