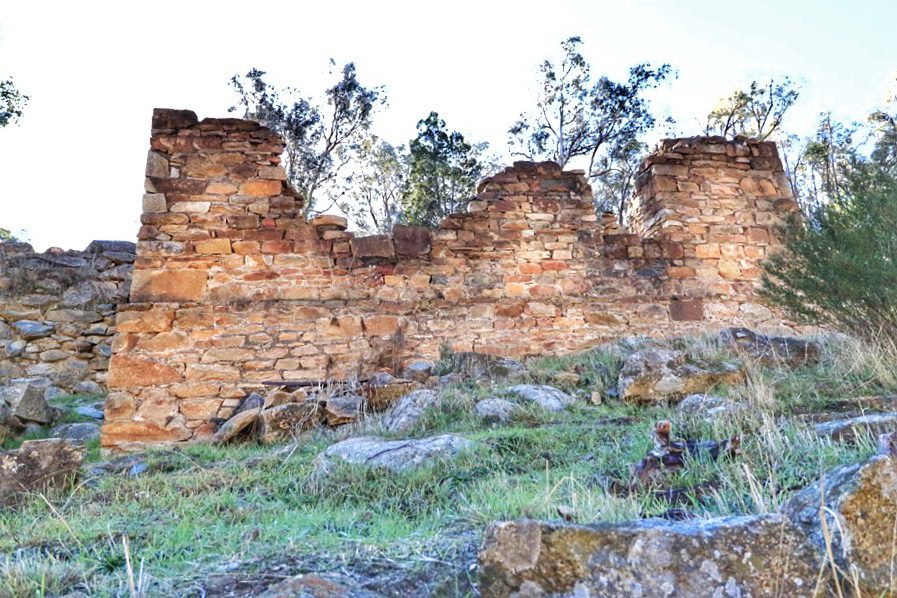 My friends and I were on a road trip to see the Sugar Pine forest when we accidentally stumbled upon the Adelong Gold Mill Ruins. And honestly, every time I see ruins in Australia I am excited as we see so much less of them.

What is Adelong Gold Mill Ruins?

The Adelong Gold Mill Ruins is a heritage-listed site in New South Wales (NSW). It is in the Tumut region and is one of the must-visits while visiting the Snowy Mountains. The ruins are situated 1.5 kilometres from Adelong and 20 kilometres from Tumut. It is in a picturesque gorge on the Adelong Creek.

One fun fact is that the total amount of gold won in the Adelong between the period 1850s and 1916s is estimated to be 9000 kilograms.

Due to the distance from Sydney, visiting Adelong town and the ruins needs at least 3 days. Visiting Adelong Gold Mill Ruins can also be merged with a road trip to the Sugar Pine Walk. The best time to visit is during the spring (between September and November) and autumn (between March and May) season as they are not too hot or too cold.

Tumut is a town in the Riverina region of NSW. The town is situated on the Timut River and is known for the fly fishing. It is around 406 kilometres from Sydney.

Adelong is a small town in the Riverina region and is on the Adelong Creek. The town provides great significance in the history of the Gold Rush period. It is believed that gold can be found even now in the creeks.

Both towns Tumut and Adelong are gateway to the Snowy Mountains.

NSW state is the first to have experienced the gold rush in Australia. A period between 1851 and 1880 where numerous particles of gold were found in the rivers and creeks. This led to gold rush where people started flocking into the state trying to find gold.

Note: There are also self-guided tours with brochures available at Tumut Visitor Centre.

Adelong Gold Mill Ruins is safe to visit and is absolutely safe for solo female travelers. However, I would suggest visiting this place with a friend or another person as it can get very isolated and there are usually very less people at the ruins. Also, be cautious and know your surroundings, especially at nights.

I loved visiting the Adelong Gold Mill Ruins and exploring the site. It is a historical landmark and a hidden gem in New South Wales (NSW) and I would recommend visiting it if you are going to the Snowy Mountains.