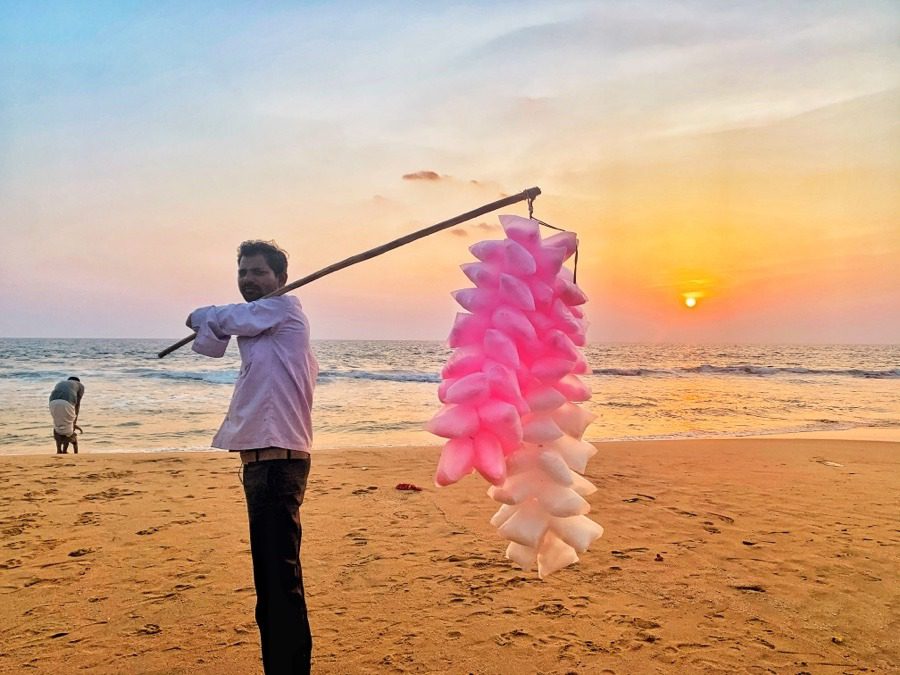 Ashtamudi just happened to me. I wanted to travel with my family and when I started researching on the places in Kerala, Ashtamudi popped up. I started reading and got intrigued by the lake and the places around. It is a place that has stunning views of the lake and has history.

Ashtamudi, on the Ashtamudi Lake, is in the Kollam district of Kerala state. It is the most visited and popular backwater and lake in Kerala. In the local Malayalam language, Ashtamudi means eight braids indicating the lake’s shape with multiple branches.

How to get to Ashtamudi?

Kollam is the nearest city to Ashtamudi. The distance between Kollam and Ashtamudi is only 12 kilometres and takes 20 minutes. The best way is to reach Kollam by other means of transport and take an auto rickshaw (tuk tuk) to reach Ashtamudi.

The distance between Bangalore and Ashtamudi is around 680 kilometres and takes about 13 hours 30 minutes to drive. The route has toll roads.

The nearest airport is at Trivandrum. The distance between Trivandrum and Ashtamudi is just 70 kilometres and takes only 2 hours.

Trivandrum to Ashtamudi – View on on Google Maps

The other nearest airport is at Kochi. And the distance between Kochi and Ashtamudi is around 140 kilometres. The road journey takes around 3 hours 30 minutes.

There are buses between Kollam and the cities. I traveled from Bangalore and I took an overnight bus from Bangalore Silkboard to Kollam. From Kollam, I took an auto rickshaw (tuk tuk) to reach Ashtamudi. The bus journey one way cost around INR 800 and I booked it on the RedBus website

I stayed at an absolutely beautiful property, Club Mahindra Ashtamudi. The place is amazing, with the staff being extremely friendly. The property also has a lake in its backyard and a 1 bedroom unit with a view of the lake, similar to water bungalows but on the lake. It can be booked on TripAdvisor and a studio unit costs about INR 7000 with complimentary breakfast.

Things to do in and around Ashtamudi

Most of the things are around Ashtamudi in the Kollam city.

Take a boat ride on the Ashtamudi Lake

Ashtamudi Lake is a very beautiful lake. The best way to see and experience the lake is by taking a boat ride on the lake. The cost per person is around INR 1000 for a boat ride.

The depth of Ashtamudi lake is 6.4 metres.

Ashtamudi has some local juice shops that serve fresh fruit juice. They prepare the juice right in front of you and make a delicious and refreshing drink.

I never expected Jatayu Earth Center to be this beautiful. I thought it was overrated and was another place that was just hyped because of social media. But when I visited this place, I was amazed. I was amazed by how beautifully the sculpture had been made. The eyes, face, wings and even the nails were so perfectly sculpted.

Jatayu Earth Center is definitely one of the places to visit when one is in Kollam or Ashtamudi in Kerala. The sculpture stands at an altitude of 350 metres above sea level and is the World’s largest bird sculpture of Jatayu. Apart from visiting the sculpture, there are a number of activities to do at the Jatayu Earth centre including some adventurous activities. There is zip lining with different levels and height and a temple dedicated to Lord Rama.

The cost of going up to the Jatayu sculpture by cable car is approximately INR 500 and the tickets can be bought at the entrance.

Quilon/Tangasseri Lighthouse is an excellent place to get the panoramic views of Kollam and it’s coast line. It is mesmerising to see the view of the sea and the waters. The cost to go to the top of the lighthouse is just INR 20 per person and it is to be purchased at the entrance of the lighthouse.

Janardanaswamy Temple in Varkala is dedicated to Lord Vishnu. The temple dates back to 2000 years and the temple is very different to the other temples in the area. It’s pretty cool to visit this temple. I recommend seeing this amazingly beautiful temple. It is only about 60 kilometres from Ashtamudi. The best way to reach Janardanaswamy temple is by either taking an auto rickshaw or a taxi.

I felt Ashtamudi and Kollam really safe. Even though I did not travel alone, I still felt that it was one of those places that was absolutely safe to travel. However, like any other place, be cautious and know your surroundings, especially at nights.

I loved the city of Kollam and Ashtamudi. They both are very beautiful places and the people are warm and friendly as well. I would love to go back there someday and spend more days by the lake relaxing.

Have you visited Ashtamudi? Do you have any other places that you recommend seeing while in Ashtamudi? Let me know in the comments below.

15 thoughts on “Travel guide to Ashtamudi”