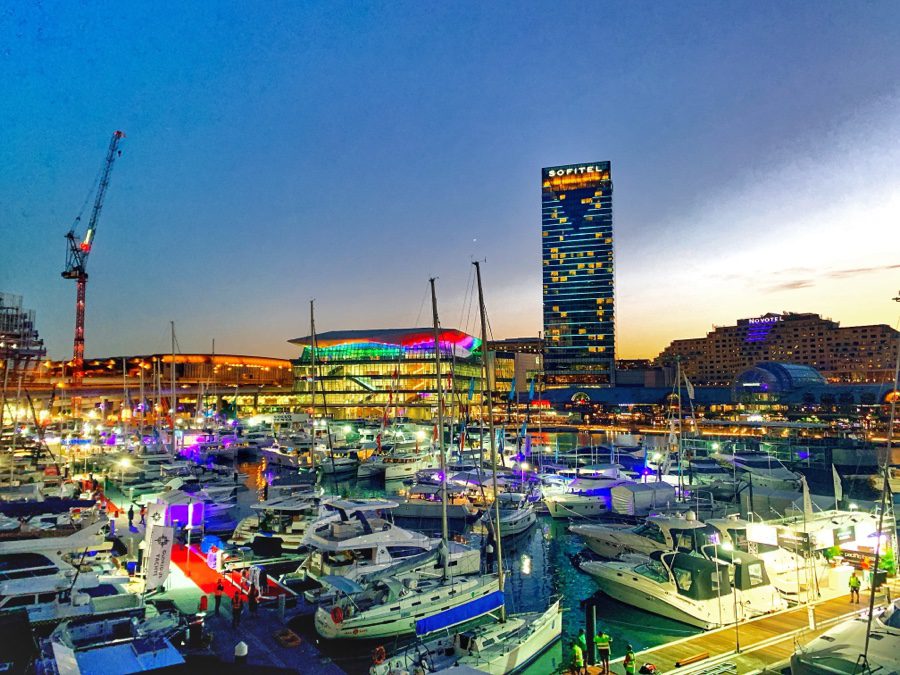 As I was bored with the same walking path after work every evening, one fine day I decided to follow the city trail. The walk in the city started from Darling Harbour and passing through many other Sydney Central Business District (CBD) landmarks such as Star Casino and Queen Victoria Building and then finally ending at Wynyard train station.

All these landmarks and places are beautiful at night.

Sydney is one place where you can create your own walking path. There are so many opportunities for walks. You can walk between the buildings in the city and feel amazed by the beautiful concrete buildings lit up during nights especially. There are good and safe pavements where one can have an evening stroll after a busy day and enjoy the city lights. The city has character and it is pretty during the day and even at night.

I love the Chinese Gardens of Friendship and the Marine museum at the Darling Harbour. Both of these are absolutely amazing places to visit and spend a day.

Definitely try out the restaurants that are along the harbour. The food is great and the views are amazing.

Darling Harbour has a Heritage listed site called the Darling Harbour Woodward Water Feature in the Harbour Promenade. It was built from 1986 to 1988 by Robert Woodward.

The Sydney Star Casino is Australia’s second largest casino. The Star is home to two gaming floors, eight bars and seven restaurants. It also has 351 hotel rooms with 130 serviced and privately owned apartments. The casino was opened in the year 1996.

The Sydney Town Hall is a heritage-listed building in the Sydney CBD. It is right opposite the Queen Victoria Building (QVB). The Town Hall was built from 1869 to 1889 and was designed by John H. Wilson, Albert Bond, Thomas Sapsford, Edward Bell, John Hennessy, and George McRae.

The sandstone building with its clock tower and the steps form a very significant landmark in Sydney Town Hall area. It portrays an amazing work of the Second Empire Style architecture. I had an opportunity to attend a concert and a citizenship ceremony in Sydney Town Hall.

Trivia: The Sydney Town Hall was built within the Old Sydney Burial Ground.

Built in the year 1898, the Queen Victoria Building (QVB) is a heritage listed building in Sydney. The building was designed by George McRae, a Scottish architect. It was built to replace the original Sydney markets.

The building has plenty of shops and restaurants.

Trivia: In the year 1959, an announcement of demolishing the QVB was made by the Lord Mayor of Sydney, Harry Jensen. More information can be found on the Dictionary of Sydney website.

Buzzing with bars and restaurants, Wynyard is a suburb in the Sydney CBD. The suburb mainly caters for all the working officials to spend their evenings after work. Wynyard was named after Major-General Edward Buckley Wynyard, a former British Army officer.

Wynyard train station is one of the main and important train stations in Sydney. It is a heritage-listed underground train station and it connects all the buses and trains. The station was opened in the year 1932 and was originally built with six platforms. Currently, the train station services six train lines and the buses form a bus terminal to cater for routes to the Northern Beaches and North Shore.

Sydney is a very safe city for solo female travelers. There are many tourists and visitors that visit this charming city and enjoy its welcoming nature. Till now, I have not had any issues or concerns while walking in the city centre. Yes, occasionally I have found some different people whom I generally stay away from but overall it has been a great city. So I do recommend walking solo without any hesitation. However, like any other place in the World, be cautious especially at nights, and trust your instinct.

The Darling Harbour to Wynyard trail passes through some amazing landmarks in Sydney and I would definitely do this short walk to get a feel and the vibes of the city. The walk can also be extended to include Circular Quay so you can end at the Sydney Opera House. And sometimes I do walk till Milsons Point which makes it even lengthier walk.

If you know any of the other landmarks which I need to cover, please drop a comment below or write to me on Raksha.Nagaraj@Solopassport.com or Solopassport@gmail.com.