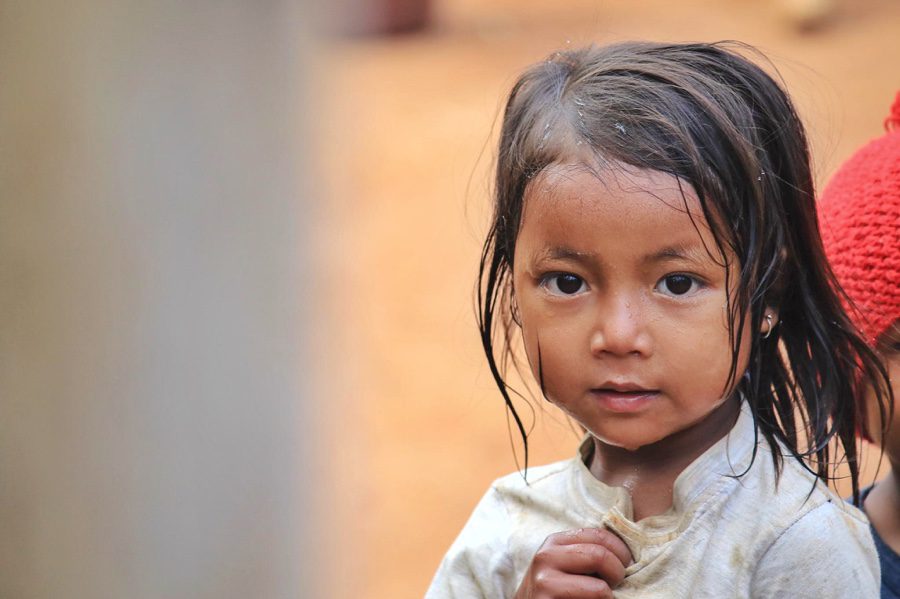 I have always been curious about the various tribes in different parts of the World. The way the tribal people live is something that interests me a lot. I love talking to them and listening to their stories. During my visit to Bodoland and other parts of Assam, I had an opportunity to meet and greet the people of the Hill Tiwa tribe in Umswai Valley.

According to legend, the Plain Tiwas did not like the inheritance of matrilineal system and the human sacrifice that was practiced. And hence they moved out of the hills to live in the plains.

There are many theories as to where the Tiwa tribe originated.

One theory suggested by late Bishnu Prasad Rabha, the Tiwas originally belong to the Patorgoyan clan of Chutiyas/Sutiyas people. The Sutiya people are said to have been migrated to Assam from Southern China. These people are part of the Bodo-Kachari group.

Another theory suggests that the word Tiwa relates to the birthplace of King Sotonga. It is believed that soon after this birth, he disappeared into a river and was later found in a pond. He then grew up becoming the king of the clan. And hence his people were known as Tiwa. The words ‘Ti’ means water and ‘Wa’ means superior.

Read below The Dead Speak: A Case Study from the Tiwa Tribe Highlighting the Hybrid World of Sakta Tantra in Assam for a detailed study.

The Hill Tiwa people whom we interacted believed that Bormarjong is the birthplace of Tiwa King.

The Hill Tiwas live in the Umswai region of Amri block in Karbi Anglong district of Assam whereas the Plain Tiwas live near the southern bank of Brahmaputra valley.

The Hill Tiwas are divided into two religions – one who worships their local gods, following their traditional religion, and the other following Christianity. The Hill Tiwas have a chief called Loro to take care of them.

The Plain Tiwas have their own religion, mostly resembling Assamese Hinduism.

The men wear Phaguri for wrapping around their heads, Thagla as a jacket, Thenash as a criss cross across the body and Nara for the lower body.

The traditional dress for women vary between the Hill Tiwas and the Plain Tiwas.

The women wear a Phaskai for the upper body, Nara around the waist (like a belt), and a Kashong for the lower body.

The women wear Riha for the upper body and Mekhela for the lower body.

And these traditional outfits are complimented with locally made ornaments.

There are two main songs that are sung by the locals at different occasions.

An elderly man sang a song for us during our visit.

The staple food of Tiwa people is rice, meat, fish, pork, and eggs. There is a lot of sesame, mustard and chilies used while cooking and are generally cooked in bamboo shoots.

The locals also brew rice beer, which they enjoy on a daily basis.

We were served with delicacies made in bamboo shoots and were also demonstrated of how the rice-beer is made and brewed.

How can you visit them?

Currently, the Umswai Valley can be visited as a one day trip from Guwahati. Since there is no accommodation (except for one homestay at Bormarjong) or restaurants for tourists, multiple days are not advisable. The non-profit organisation Root Bridge Foundation is working on a project that focuses on building and promoting ecotourism in the Umswai Valley.

There are no public toilet facilities at the Umswai Valley currently. The project that is being worked on currently includes providing the basic facilities such as public toilets and homestays to the tourists.

Also, it is best to contact the Root Bridge Foundation for any arrangements to visit Umswai Valley.

The Umswai Valley is about 100 kilometres from Guwahati and can be reached by road. The conditions of the roads are not that great and hence I would advise hiring a car or a van with an experienced driver. Even though the drive takes only 3 hours one way on a good day, I would suggest keeping a buffer of 30 minutes to 1 hour.

The best time would be during winter season. The months of December, January and February are relatively cooler and is a pleasant time to visit Umswai Valley.

Because of the limited facilities and tourist attractions, I would not suggest venturing out to Umswai Valley alone. It would be best to go with an organisation that has contacts and can do better arrangements. As mentioned above, it is best to contact the Root Bridge Foundation fro more details.

I was overwhelmed with the kindness and hospitality that the Tiwa people showed us when we visited the Umswai valley. They allowed and welcomed us to be part of their lives for one day. They showed us that even though they have a minimalistic and simple life, they have more open arms and hearts than most people with all the luxuries.

41 thoughts on “Meet the people of the Tiwa tribe”