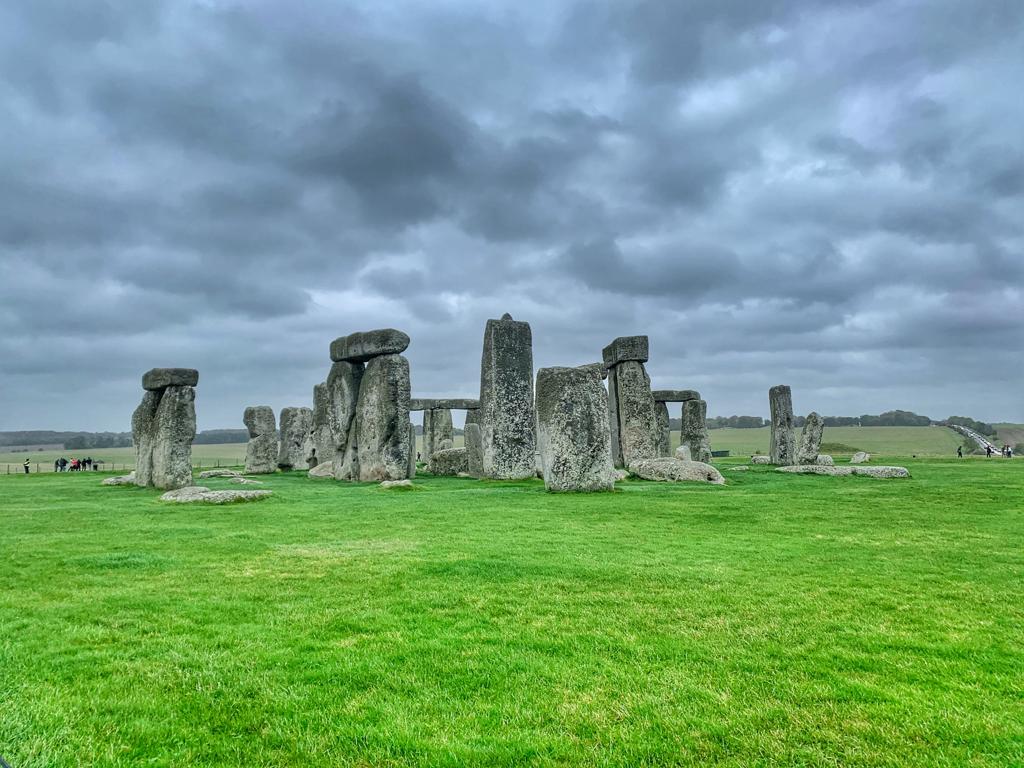 Does Stonehenge really need an introduction? It is one of the wonders of the world and is the most famous landmarks in the United Kingdom (UK). As part of my 6 weeks backpacking trip in Eastern Europe, I decided to spend a few days in London before heading back home. And that is when I visited Stonehenge as a one day trip.

Regarded as British cultural icon, Stonehenge is a prehistoric monument on Sailsbury Plain in Wiltshire. It was added as a UNESCO world heritage site in 1986. The structure consists of an outer ring of vertical standing stones topped by horizontal lintel stone. On the insider, there are smaller bluestones. The monument is oriented towards the sunrise on summer solstice.

Stonehenge is the only surviving lintelled stone circle in the world.

History, Mystery and Folklore of Stonehenge

No written records have been found about Stonehenge and hence how it was built and the actual purpose is still a mystery. According to archaeologists, Stonehenge was constructed from 3000 BC to 2000 BC. There are many theories on the purpose of Stonehenge. One theory suggest that the site could have been a burial ground. The archaeologists have found the deposits of human bones. Another theory indicate that the site was a place of pilgrimage where miracles of healing may take place. There is also a theory that Stonehenge may have been built as a symbol of peace and unity.

The 7th century man was excavated from the site in 1923.

Several folklores are also associated with Stonehenge. One folklore suggest that Stonehenge was created by Merlin, the wizard of Arthurian legend. He magically transported the massive stones from Ireland where the giants had assembled, who brought these stones from Africa. Some other folklores are that the stones were put up by invading Danes or that they are ruins of a Roman temple. A few also argue that Stonehenge is a spacecraft landing area for aliens.

The rocks at Stonehenge are known as ringing rocks as they make a huge clanging sound when struck.

How to get to Stonehenge from London?

Stonehenge is around 90 miles (150 kilometres) from London and the road journey takes 1 hour and 45 minutes.

Absolutely Yes! Visiting Stonehenge is very comfortable and safe for solo female travelers. I had no issues whatsoever. However, like any other place in the world, be cautious, especially at night.

Stonehenge is truly one of the most amazing places I have visited. The architecture and history is surely very interesting. I highly suggest visiting this place when you are in London.

Have you been to Stonehenge? Let me know in the comments below.

9 thoughts on “One day trip to Stonehenge from London”