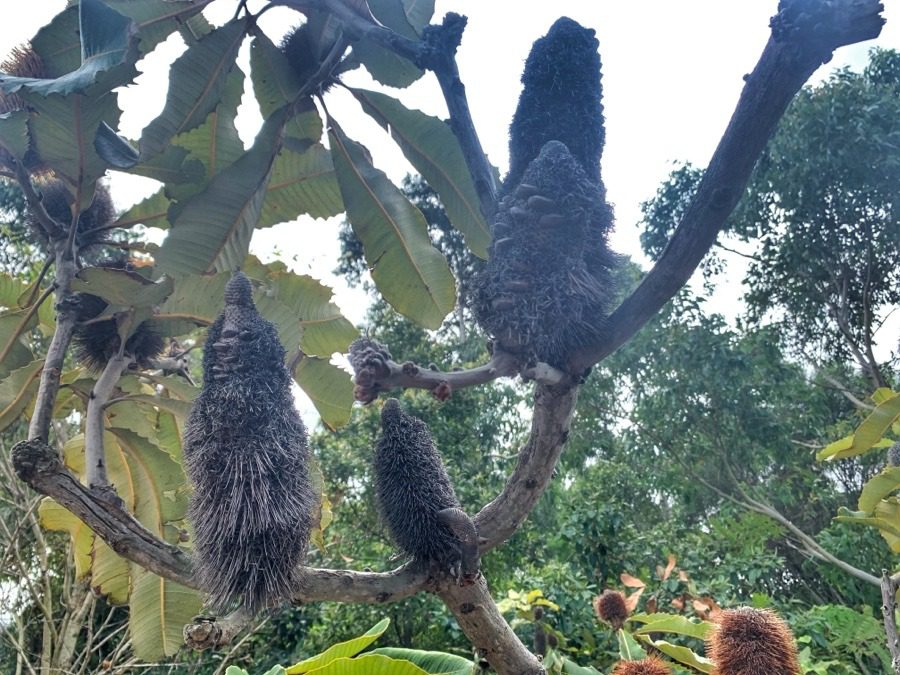 Australia is a country of tales. There are plenty of stories, myths and legends that one can spend their lifetime learning about them. I was lucky to have heard of one story during my Barangaroo Aboriginal Cultural walk. Tim Gray, a guide belonging to the Aboriginal tribe had reference Banksia flower to a hairy creature called Yowie. This story had intrigued me and I wanted to hear and learn about them more.

What is a Yowie?

Yowie is a hairy creature that has its roots in the Aboriginal history. They are common in the legends of Australian folktales, especially in the eastern part of Australia. The Yowie is an ape like creature that is hairy and has a bigger foot than that of a human. It is believed that Yowies are of a height in between 2 and 3.5 metres. And some who have reported sighting them has mentioned that Yowies are shy where as others have reported them as aggressive.

The Kuku Yalanji Tribe of far north Queensland claims to have coexisted with the Yowie for centuries. They have a long and detailed history of attacks by the Yowie in their legends.

Do you love travel related books? Then click below link to purchase some of the best travel books:

There have been multiple sightings across Australia. The truck drivers and the people staying in the Outback state that they have seen Yowies. There have been reports of sighting them around the areas of The Blue Mountains, Lismore and the south coast of NSW. Woodenbong, the border town of NSW and QLD has a reputation of being the Yowie capital of Australia. Most sightings have been along the highways. The details and accounts of the sightings can be found on Wikipedia.

“Yowie thumbed the bonnet of his truck has been plagued by nightmares and says spotting the creature was the worst experience of his life.”

– A Queensland truck driver who gave an interview on Mandurahmail website.

There is a research organisation in Australia that is dedicated to the research of Yowie.

Yowie is America’s Bigfoot/ Sasquatch and New Zealand’s Moehau. They all are referred to a hairy ape-like creature found in those parts of the World that are inhabiting the forests.

In Native America, the folktales have believed the Bigfoot’s existence and had names meaning the wild man or a hairy man. The name Bigfoot was derived because of the enormous foot size of the creature. A huge population in America claim that they have sighted the Bigfoot in the Pacific Northwest regions. There are several organisations dedicated to the research of Bigfoot. The biggest and oldest is the Bigfoot Field Researchers Organization (BFRO).

Read the non-fiction book Bigfoot: The Life and Time of a Legend, published by University of Chicago Press, to learn more about the Bigfoot.

In New Zealand, the Maori folktales believe that there exists a creature called Moehau, who is half man and half animal. The creature is said to be a terrible creature who has very aggressive temperament. It is believed that these creatures usually inhabit the Coromandel Moehau ranges in the North Island of New Zealand.

I have never seen a Yowie. But I do wish to sight it someday if at all it does exist in Australia. They have been known to Aboriginal tribes for centuries and yet there have so little evidence of being sighted. I would also love to learn more stories about these ape like creatures.

Do you think they exist? Drop me a comment or send me an email on Solopassport@gmail.com.