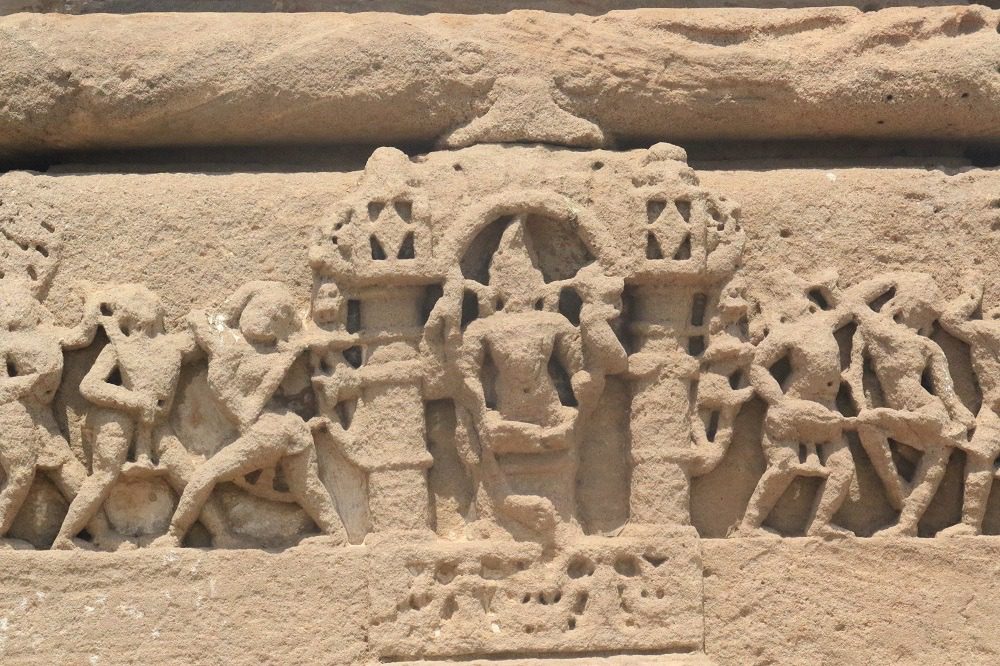 Have you heard of Vadnagar? I am sure every Indian must have heard of the town as it is the birthplace of our current Indian Prime Minister Narendra Modi. But did you know that it is also an ancient town that has many things to see and do, especially that relates to a lot of history?

As part of the travel bloggers and influencers meet organised by Gujarat tourism, I had an opportunity to visit the quaint and beautiful town of Vadnagar. I really loved the streets and the colourful doors the town had. Every corner looked like a dramatic scene out of an art movie. In this post, I will list down the top 3 things you could see in Vadnagar and also provide the details of how you can get to the town.

The best time to visit Vadnagar is between the months of October and February as the weather is pleasant and bearable. The summer season is really hot and can soar up to 42 degrees during the day. One needs just a day or two to explore this town.

3 places to see at Vadnagar

The tea stall where the current Prime Minister, Narendra Modi sold tea is a famous tourist spot at the railway station. It is still intact and the government wishes to improve the surroundings so to make it an even more famous sightseeing place. It is believed that India’s current Prime Minister spent most of his childhood with his father selling tea at this tea stall, and I must admit that it is truly inspirational to see the tea stall and learn about his story.

Built in the 17th century, the Hatkeshwar temple is believed to have been built before the Jyotirlingas. It is a temple dedicated to Lord Shiva in the form of Linga and it is also said that visiting this temple is equivalent to visiting the twelve Jyotirlingas. What I loved about this temple was the intricate details and figures on the exterior of the temple.

Built in the 12th century in Solanki architectural style, the Kirti Toran is an amazing and detailed structure. Located very close to Sharmishtha lake, the Kirti Toran is a 40 feet high arch built by a Solanki rule. The Kirti Toran or the victory gate might have been built to commemorate a victory in a battle. The gate is in yellow and red sandstone depicting the scenes of battle and sculptures.

How to get to Vadnagar?

Vadnagar is easily accessible by road and public transport. There are buses and trains that run between the town and the major cities of Gujarat.

I felt Vadnagar was very safe for solo female travelers as I walked around the streets and did not have any issues or concerns. Whomever I interacted was very nice and friendly. However, be careful, especially after dark, and know your surroundings.

I really liked this town even though I was there for a very short period of time. But I do hope to go back there someday and spend a few more days exploring the area and interacting with the locals.

I highly recommend adding this off beat place on your list while visiting Gujarat. The town makes a perfect one day trip from Ahmedabad. Have you been to Vadnagar? Or have you heard of it? Let me know in the comments below.

5 thoughts on “3 places to see at Vadnagar”