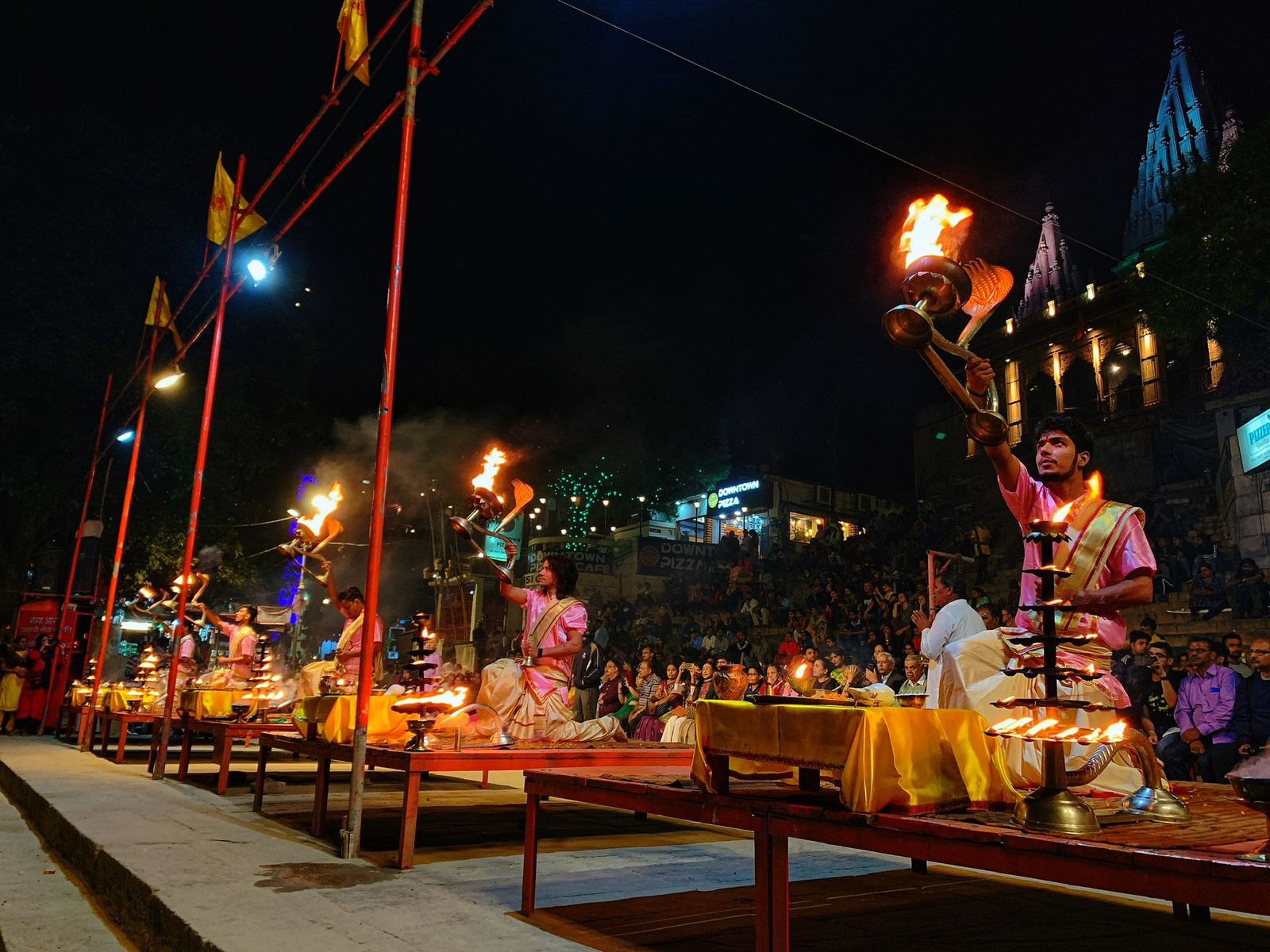 One of the most interesting places I have visited in India is the city of Varanasi. The streets, vibes and the colours are something that is out of the world. It is an important place in Hinduism that has places of pilgrimage, and it teaches one the cycle of life and death. Varanasi is also one of the world’s oldest continually inhabited cities.

Also known as Benaras or Kashi, Varanasi is a city on the banks of River Ganga in Uttar Pradesh (UP) state of India. Kashi has been associated with a kingdom of same name of 2500 years ago. Regarded as the spiritual capital of the world, Varanasi dates back to 11th century. The city is home to ancient temples, ghats, museums and many religious places.

The city has references in Rigveda and it is referred as Kashi from Sanskrit verbat root kas (meaning to shine). And hence making Varanasi the City of Light.

According to Hindu religion, it is believed that anyone who bathe in the River Ganga’s sacred waters and perform rituals will wash out their sins and will attain moksha. The city also has a huge Buddhist influence. Kashi was also used by pilgrims from Buddha’s days.

The best time to visit Varanasi is during the winter season (between the months of December and February). Even though the weather is cold, it is suitable for exploring and traveling without getting sweaty and hot. One needs at least 4 to 5 days to scrape the city and see the touristy things.

4 things to do in Varanasi

Varanasi has around 2000 temples and each of these temples are beautiful. The main deity worshipped in Varanasi is Lord Shiva. Varanasi is said to have been the point where the first Jyotirlinga broke through Earth’s crust and flared through the heavens. Visiting some of these temples must surely be the number one thing to do when you are in Varanasi.

Dedicated to Lord Shiva, Sree Kashi Vishwanath temple is the main temple in Varanasi. It is also known as the Golden temple and is one of the twelve Jyotirlingas. This temple is where all the devotional focus lies on.

Vishwanatha means Ruler of the University.

Everyone in India knows that leaving Banaras without eating paan is a sinful act. And definitely the trip is incomplete. Paan is a combination of betel leaves, areca nuts, slaked lime, rose petals and many other things. The city has many paan shops that serve all kinds of paan.

Baati Choka is the most famous dish of Varanasi. Baati is an Indian bread with a filling and Choka is a mixture of mashed potatoes, tomatoes, brinjal and Indian spices.

Varanasi has a lot of Buddhism influence and there are many monasteries and temples dedicated to Lord Buddha. Just 10 kilometres from the main city (Old Varanasi) is Sarnath. It is located near the confluence of Rivers Ganga and Yamuna.

Previously known as Mrigadaya, Sarnath is one of the important places for Buddhism. The Buddha is said to have given his first sermon “The Settling in Motion of the Wheel of Dharma” at Sarnath in 528 BCE and the deer park in Sarnath was where the Buddha first taught the Dharma.

How to get to Varanasi?

Varanasi has five airports of its own. There is also an international airport, Lal Bahadur Shastri airport. It is around 20 kilometres from the city. One can take a taxi from the airport to the city. There are 10 domestic flights that operate. Indigo and Go Air are some of the affordable airline providers.

There are two types of rickshaws in Varanasi. One of the cycle rickshaw, which is the best to commute between the temple area as the auto (motor) rickshaw is not allowed. And the other rickshaw is the auto rickshaw. I hired two auto drivers when I was in Varanasi. The first auto driver was a bit greedy and hence had to change my auto driver. The second auto driver was good and friendly. I did not feel unsafe when I was traveling with him. Also, he knew a lot about the city and temples and he explained a lot of things about Varanasi.

As Varanasi is a religious hub, Varanasi is very safe for solo female travelers. People are friendly and god fearing. So, I never had any issues whatsoever. However, like any other place in the world, be cautious, especially at night.

Varanasi is undoubtedly a place to be if you are a religious person. The Hindu temples and the rituals at the Ghats are really spectacular and everything is a celebration here. It’s really a different and interesting experience to see the way people connect to God and to what extent they go just to get a glimpse of the God in the temple.