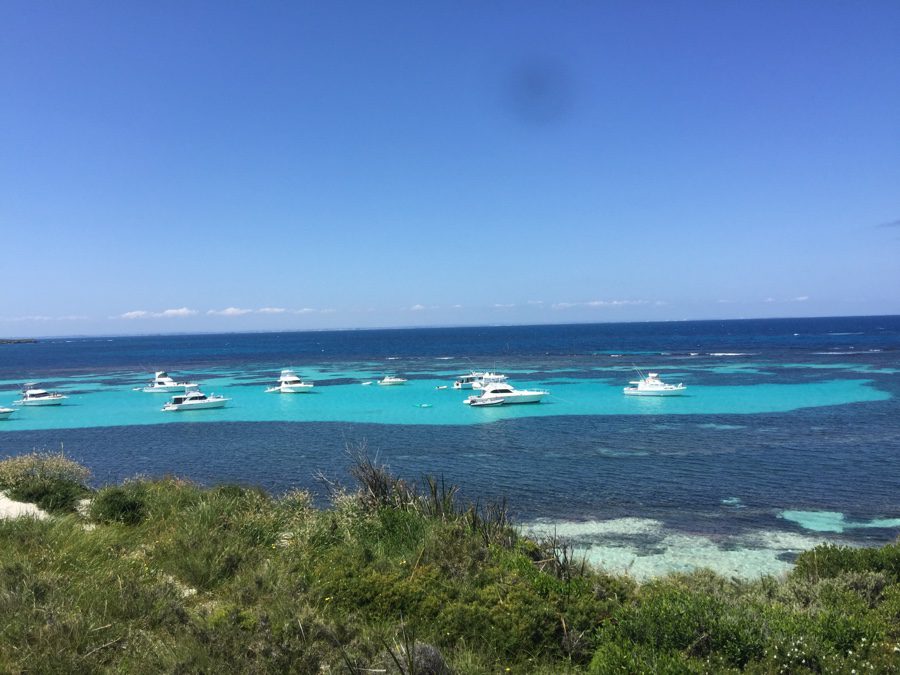 During my first trip to Perth, I could not plan to go to Rottnest Island. That was something that I missed and regretted not going. Who would not fancy visiting a spectacular island surrounded by crystal clear blue waters? In order to compensate, I planned for Rottnest during my second visit to Perth.

Rottnest Island is an island offshore (18 kilometres from Fremantle) from the city of Perth in Western Australia. Being an “A” class reserve, the island is famous for the cute looking quokkas. It is also famous for its pristine shallow waters and bays.

The island is only 19 square kilometres and generally one can bike around the island in a day and is administered by Rottnest Island Authority. Is it said that the island was separated from the mainland around 7000 years ago when the sea level rose. The island was named by Willem de Vlamingh and was named after the quokka population. It was called t Eylandt t Rottenest which means Rats’ Nest Island.

The best time to visit Rottnest Island is between the months of October and March. The weather is pleasant during the Spring season but it can get really hot during the summer season. As the island is dry, ensure to keep yourself hydrated.

The traditional owners of the Rottnest Island are the Whadjuk Noongar people and the name of the island in Noongar language is Wadjemup that means a place across the water where the spirits are.

Did you know that human artifacts dating back to at least 30,000 years on the island?

How to get to Rottnest Island?

There are frequent trains between Perth city and Fremantle. For up-to-date information on the trains, visit Transperth website.

Refer 5 days in Perth for more details on the transportation in Perth.

There are plenty of things to do on the island. Below are the things that I did while I was at Rottnest Island for a day:

One needs at least 3 days on the island to cover all the things.

Some of the quokkas are used to humans and are a bit aggressive. So be careful of while going close to them. Also, do not try to touch them.

Note: Wearing helmets is a must while riding the bike and ensure you follow the road rules to be safe on the island.

And no cars are allowed on Rottnest Island. There is a bus that goes around the island and it costs around AUD 88 per adult.

Be careful while walking in the bushes on the island. The island is home to two species of snakes. One is non-venomous and the other is venomous.

Watch out for humpback whales during the whale migrating season (May to October) every year. Some of the divers have seen whales while diving. How cool is that!

The island is home to 300 permanent residents and it is visited by at least 450,000 visitors every year.

There are many restaurants and cafes near the settlement (or the main jetty). The restaurants provide mostly fried items like fish and chips and Chicken Parmesan.

Note: The food is expensive on Rottnest Island. Ensure to carry some food from the mainland.

Rottnest Island is extremely safe for solo female travelers. I traveled alone and did not have any issues or concerns whatsoever. However, I would be careful while traveling on the train in the mainland (Perth). I did see many homeless people around the train stations so definitely beware especially at nights.

I would definitely recommend traveling to Rottnest Island while visiting Perth. It is extremely pretty and totally worth a day trip. The water here is simply magical and the island itself is a great place to spend a day.

For travel guides on other islands in Australia, refer “Islands of Australia” section on my blog.

12 thoughts on “One day trip to Rottnest Island from Perth”