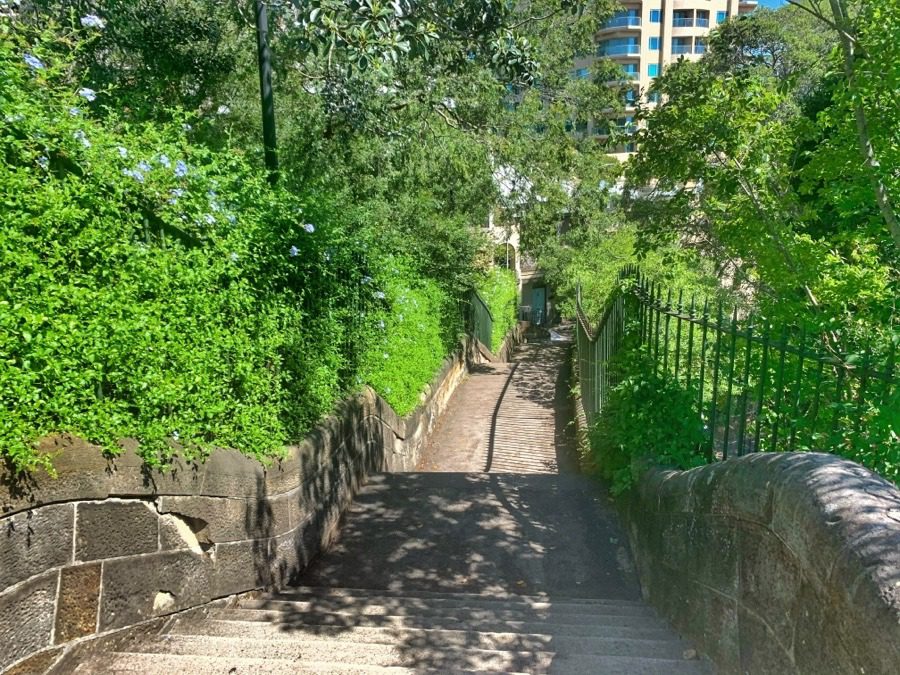 Exploring Sydney and discovering its history has become a new obsession for me. Sydney as a city has so many things to see and do and one such thing is the Harbour Foreshore walk that starts at the Circular Quay and finished at the Darling Harbour. There are so many hidden gems that only the locals know. The other two walks that I highly suggest doing in The Rocks and Circular Quay are:

For all the things to do in Central Business District (CBD), refer Sydney CBD section on my blog.

The walk starts at the Customs House in Circular Quay and ends at the Darling Harbour. It takes around 1.5 to 2 hours to complete this walk at a leisure pace. Note: The walk is mostly flat.

View the route on Google Maps

Customs House in the Circular Quay is a heritage listed museum. Opened in the year 1845, Customs House now hosts a library and a restaurant. The building once served as a head office of the New South Wales (NSW) operations for Department of Trade and Customs until the year 1988. The building is of the Victorian Georgian style architecture and is built on the land of traditional Indigenous owners, the Eora people.

Definitely dine at Cafe Sydney. The food and the view of the Sydney Opera House are absolutely amazing, especially at nights.

Susannah Place is a living museum and a heritage listed former grocery store and worker’s cottages in the Rocks. It is a terrace of four houses built by the Irish immigrants in the year 1844.

Unfortunately, one cannot go in as it is closed until further notice.

The Big Dig is a heritage listed archaeological site located on the Cumberland street. It reveals what homes and lanes were in old Sydney. These were foundations of the places built by early settlers in Australia.

Ensure to check out the Big Dig Archaeological Education Centre.

Providing spectacular views of the Sydney Harbour bridge, Observatory Park Hill is an amazing place in the Sydney Central Business District (CBD). The park’s history dates back to 1796 and it was used as the site of the first windmill in the colony. It is also known as Windmill Hill and Fort Philip and Flagstaff Hill. The park hosts a number of historical buildings and the most prominent one is the Sydney Observatory, that was built in 1858.

Observatory Hill Park is a popular lookout and photography spot among the wedding photographers.

The Lord Nelson Brewery Hotel is home to Australia’s oldest pub brewery and also Sydney’s oldest continually licensed hotel. The hotel was established in 1841 and is recognised around the World for its beers. It is a three storey sandstone building in the Old Colonial Regency style. The hotel claimed it liquor licence one year before Sydney was proclaimed as a city.

The Lord Nelson Brewery Hotel is known for its good variety of craft beers. So beer lovers take a note!

The Argyle Bar at the Millers Point is a licenced bar. They serve cocktails and are open from Friday to Sunday.

Barangaroo Reserve is a waterfront park with walking and cycling trails. It is famous among the locals for pretty lookouts, picnic spots and exercise. Barangaroo is named after a powerful woman who lived in the area during the time of early colonial settlement. She was and is a key figure in the Aboriginal culture and community.

Along the way, we had an opportunity to see the construction of the Barangaroo train station, which will be marked down in the history.

The closest train station for Darling Harbour is Town Hall train station. There are frequent trains that travel between Sydney city train stations and Town Hall is one of them. For more information on public transport, refer the Transport for New South Wales (NSW) website.

I highly suggest doing this self guided and slow paced walk in The Rocks. This provides a sneak peek into Sydney’s history with some breathtaking views of the Harbour. I enjoyed all the sights that I visited along the way and just seeing the difference between what Sydney was and what it is today.