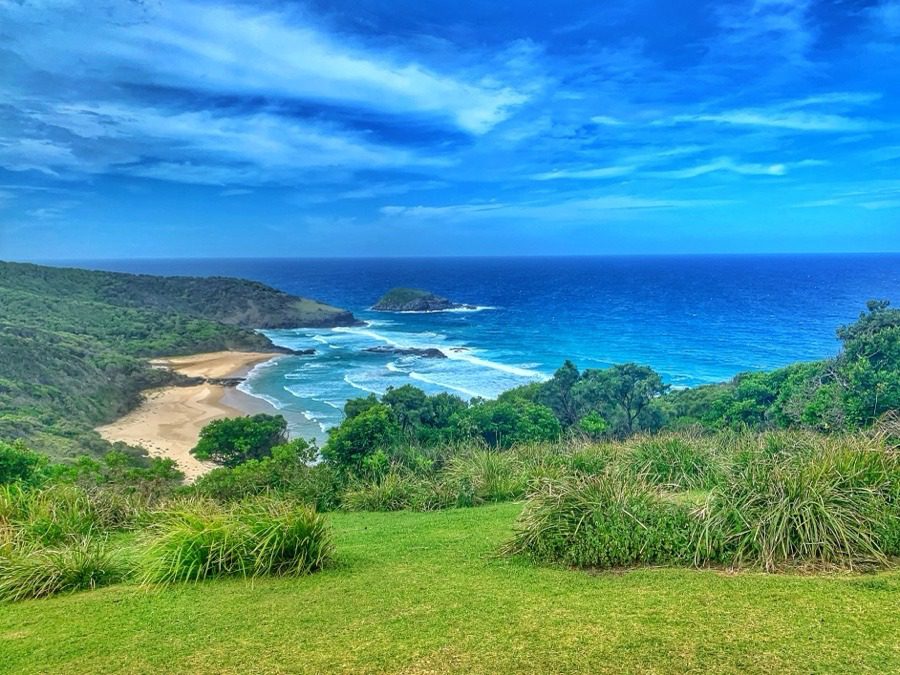 The blue sky and the pristine beaches is what summarises South West Rocks. Honestly, I heard about this place only due to the scuba diving as it has one of the best dive sites in Australia. But after visiting South West Rocks is when I realised that the town has much more character to it than just diving.

Where is South West Rocks?

A small coastal town in the Mid North coast of New South Wales (NSW) is South West Rocks. The town is located at the mouth of Macleay River.

Trivia: It is believed that South West Rocks got its name from the captains of passing ships, who claimed that it was safest to moor vessels near the rocks, south west of Laggers Point (place where Trial Bay Gaol is built).

Places along the way

The coastal route goes through many small towns and cities that are very pretty and have a character of their own. On this road trip to South West Rocks, I visited three other towns/ cities along the way.

One of my favourite cities in the north of Sydney is Newcastle. I have been there plenty of times and I have loved it at all times. The city is the second largest city in NSW and provides a great stop over for all the road trips up north. The distance between Sydney and Newcastle is around 170 kilometres (2 hours drive). The city has buzzing cafes and restaurants that caters for all types of food.

There are many things to do and read “Road trip to Newcastle” for a detailed post on things to in Newcastle.

Forster is a coastal town in the Mid North Coast region. The town was a stop over during my road trip. It has plenty of cafes and restaurants where one can stop for lunch. It also has very pretty beaches and a Big Turtle, which is one of the 11 Big things in NSW.

Taree was another stop over town. The town is in the Manning Valley on the north coast of NSW. The town has some beautiful buildings and has a bit of history to it. Some of the things to see in Taree is the Big Oyster and Martin Bridge.

I stayed at Costa Rica Motel and I loved the stay there. The rooms were clean and comfortable. The owners of the motel are also extremely friendly and I would definitely suggest staying at this motel. If you book scuba diving at Fish Rock dive centre, then you get a 10% discount code that can be used for booking at this motel on the Costa Rica Motel website.

Things to do in South West Rocks

The town is famous for its dive site. It has one of the best diving sites where one can dive with plenty of Grey Nurse Sharks. I have read that sometimes the divers have seen close to 50 sharks at once. The site is known as a Shark Gutter. There is also another dive site where the divers can go into the caves. It is a boat dive.

Built in the year 1891, the Smoky Cape lighthouse is a heritage listed active lighthouse. The lighthouse was designed by the Colonial Architect James Barnet.

I loved this small town of South West Rocks. One can easily spend 2 to 3 days relaxing by the beach and driving around the town. It makes a perfect long weekend getaway and an awesome road trip in NSW. I will visit South West Rocks again as my scuba diving trip was canceled due to the weather.

Have you visited South West Rocks? What did you think? Drop a comment below or write to me on Solopassport@gmail.com.