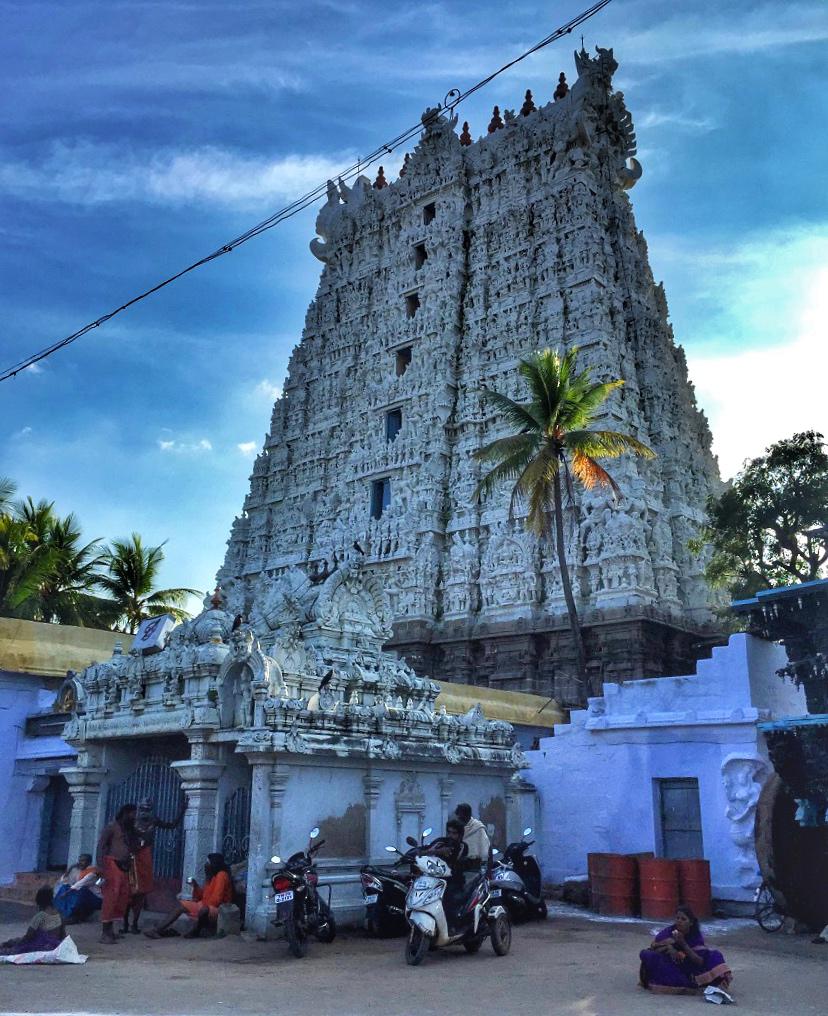 The first time I heard about Sree Padmanabhaswamy temple was when I was researching about world’s richest and mysterious temples. It was then that I learned how peculiar this beautiful temple was and how many mysteries surround the temple. Known for its hidden treasures behind the many doors of the temple, Sree Padmanabhaswamy Temple is surely one of the most famous religious places in the world.

You can visit Kanyakumari while visiting Sree Padmanabhaswamy temple. Kanyakumari is just 90 kilometres from the temple.

Sree Padmanabhaswamy Temple is a Hindu temple in the state of Kerala in India. The temple is considered as the richest place of worship in the world. Dating back to the 8th century, the temple is a mix of Chera and Malayala Tamilian style of architecture.

The temple is dedicated to Padmanabhaswamy, the avatar of Lord Vishnu, and is one of the 108 sacred Vishnu temples or Divya Deshams in India. The deity Padmanabhaswamy reclines on five hooded serpent Adi Sesha, which is facing inwards. It is made up of 12008 saligrams, that are from the banks of River Gandaki in Nepal.

Expect for vault B, all the other vaults (A, C, D, E and F) were opened. Lots of treasure, such as gold and precious stones were found inside the vaults confirming that the temple is truly the wealthiest place of worship in the world. Most scholars believe that this treasure was accumulated over thousands of years, that have been donated by various dynasties and kings.

Various estimates show that the temple is valued in excess of USD 20 Billion or INR 1.5 trillion.

Vault B – The Forbidden Zone

Vault B is sealed with an iron door with an image of cobra on it. There is a belief that if the vault is opened then that could bring misfortune.

According to the Bhagavata Purana (one of eighteen great Puranas), Lord Balarama visited Thiruvananthapuram, took bath in Padmateertham and gave a gift of 10,000 cows to holy men. The southwest part of Chuttambalam, known as Mahabharatakonam, was constructed at the same place where these 10,000 cows were donated and the ground was covered underneath which the vaults A and B are located.

It is believed that many gods and saints visited Balarama on the banks of Padmateertham. They requested that they be allowed to live there worshiping the deity. And that they are still residing in Vault B worshiping the lord. Naga Devathas (snakes and serpents) dedicated to the lord also reside in Vault B. Kanjirottu Yakshi (a folkloric vampire) also resides in the Vault.

Lord Ugra Narasimha of Thekkedom is said to be protecting and guarding the Vault B. There is a image of a cobra on the door indicating the dangers of opening the door. In August 2011, a four day ritual called Ashtamangala Devaprasnam was conducted and as a result Vault B was declared as the forbidden zone.

How to get to Sree Padmanabhaswamy temple?

The temple is located in Kerala’s capital city of Thiruvananthapuram, formerly known as Trivandrum.

Thiruvananthapuram is very well connected by highways and one can easily drive to the city with no restrictions. From Bangalore, the city is about 680 kilometres and the journey by car takes 13 hours and 30 minutes.

The temple is around 6 kilometres from the city centre of Thiruvananthapuram and it takes just 12 minutes by car.

Thiruvananthapuram is one of the safest cities in India. And the temple is monitored and is very safe. I walked around the temple alone as well and I did not have too many issues. However, like any other place in the world, be cautious and know your surroundings, especially at night.

Sree Padmanabhaswamy temple is one of the most beautiful and intriguing temples I have ever visited. Apart from having plenty of mystery, the temple is a huge complex with so many intricate paintings and details on the walls. I highly suggest visiting this spectacular marvel (if you can) at least once when you are in the city of Thiruvananthapuram.