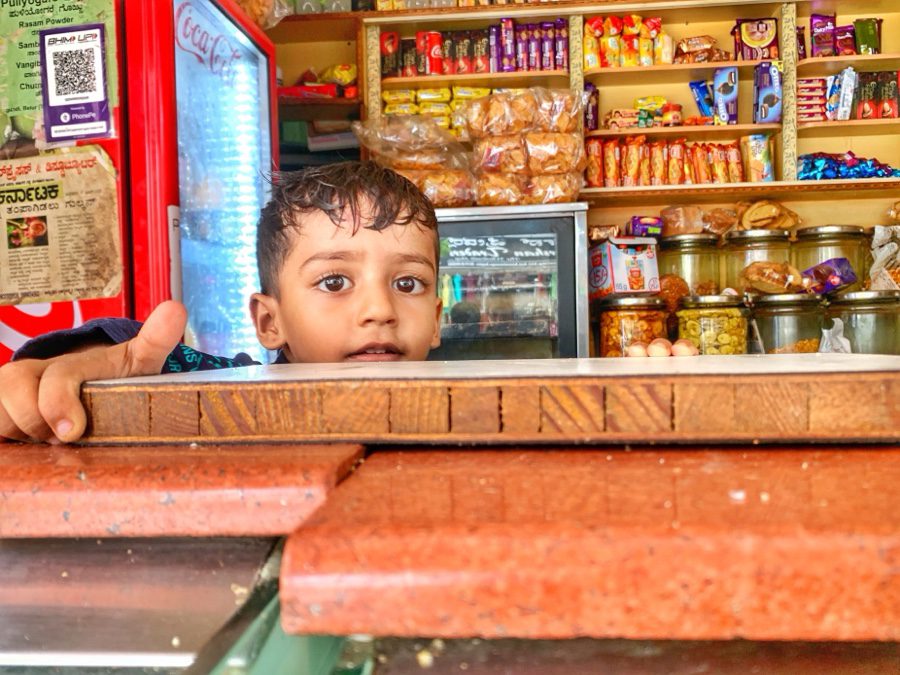 Bangalore, officially now known as Bengaluru, is the capital city of Karnataka state in India. Bearing lots of titles like city of lakes or Garden city, the city is a hub for the Information Technology (IT) industry in India. The city is also famous for its night culture.

Bangalore is the Silicon Valley of India.

How to get to Bangalore?

There are four ways one can get into Bangalore city.

How to get from Bangalore airport to the city?

There are two ways to get to Kempegowda International airport (Bangalore airport):

I have tried all the above transportation methods and I personally like Meru Airport cabs. This is simply because the buses take a lot of time and Uber/Ola cab drivers sometimes reject the trips and this causes confusion.

Things to do in Bangalore

A few things to note before visiting the landmarks:

Do you just have one day to explore Bangalore? Then I suggest reading my post One day in Bangalore for the perfect itinerary.

Bangalore Fort was built by Kempe Gowda I, the founder of Bangalore, in the year 1537. It began as a mud fort. The closest metro station is the KR Market metro station. The fort is just about few hundred metres from the metro train station.

The main post office in the city is the Bangalore General Post Office (GPO). It is the head office. The building has a pin code of 560 001.

Bangalore Palace is the most prominent landmarks of Bangalore. The construction of the palace was completed in the year 1878. It was built in Tudor Revival style architecture.

Loved by the art lovers, Chitrakala Parishath is an art museum and a gallery. There are 18 galleries in the complex and frequent exhibitions are conducted at the complex.

The Government museum is one of India’s oldest museums and South India’s second oldest museum. Established in the year 1865, the museum has a collection of archaeological and geological artifacts.

Inaugurated in the year 1995, the Indira Gandhi musical fountain is the first computarised fountain park in India.

The National Gallery of Modern art is an art gallery, inaugurated in the year 2009. The museum is home to some of the most beautiful paintings by Raja Ravi Verma, Jamini Roy, Rabindranath Tagore and others.

The Planetarium is my most favourite place in Bangalore. It is a planetarium that has shows and is a science centre administered by Bangalore Association for Science Education (BASE).

Rangashankara is a well known theatre in Bangalore and it is the place to see the best plays. It was opened in 2004 by a famous Kannada film star Arundathi Nag.

Nestled in Bangalore’s Cubbon Park is the State library, a historic building built in the honour of the longest serving Dewan of Mysore.

Amoeba is a fun entertainment complex in Bangalore city. It is a cool hangout place where one can enjoy pin bowling and other entertainment activities.

Micro light flying at Jakkur is one of the must-have experiences in Bangalore. A small flight which can accommodate only 2 people, the pilot and the co-pilot.

Fun World is an amusement park in Bangalore, which is situated in palace grounds. The park has lots of rides, and a water park.

The streets are filled with cute locals and furry balls. Definitely stop by and say hello to one of them and you will be surprised by the love you get reciprocated with.

Bangalore has plenty of street art. The city is beautified by these various street art. They are everywhere around the city. Some of the most beautiful street art can be found in Malleshwaram. Other places to see the street art in Bangalore are on Church Street and MG Road.

Dedicated to the Lord Ganesha, the Dodda Ganapathi temple is one of the most famous religious places in Bull Temple road.

Dedicated to the beautiful couple Radha and Krishna, Iskcon is a famous temple on the West of Chord Road.

Dedicated to Lord Shiva, Male Mahadeshwara Temple is another beautiful and ancient temple to visit in Bangalore.

The St Andrews church is located on Dickinson Road. It is a Presbyterian church, consecrated in the year of 1866. The church was initially known as St. Andrews’s Kirk. The church is named after the patron saint in Scotland.

Built in the year 1995, the Shiva temple has the biggest Shiva statue in Bangalore. The statue is 65 feet tall, showering the symbol of hope. It was created by sculptor Kashinath.

Bangalore is also known as city of lakes because of the beautiful lakes it has around the city.

The Cubbon Park, also known as Sri Chamrajendra Park is a historic park in Bangalore city.

Created in the year 1537 by Kempe Gowda, Hebbal Lake is a great place to see sunsets and watch the beautiful birds of Bangalore. The lake is around 13 kilometres from Majestic bus stop.

Lalbagh is a botanical garden in Bangalore. Lal Bagh literally translates to “Red Garden” and “Beloved Garden”. The garden has more than 1000 species of plants.

Constructed in the year 1882 by Co. Richard Hieram Sankey, Sankey tank is a beautiful lake in the suburbs of Malleswaram and Sadashivnagar. It is a famous spot for morning jogs and evening walks.

Be careful of snakes. I have spotted one during an evening walk. Just ensure you do not harm them, they will not come near you.

A historical lake, Ulsoor lake was the centrepiece of cantonment town built by British. It is one of the largest lakes in Bangalore.

According to Mercer’s 2020 Cost of living survey, Bangalore has been rated as the fourth most pricey city in India. So beware that the shopping is definitely not cheap.

Commercial street or the Comm street is one of the most famous shopping streets in Bangalore. The vibrant colours of jewelry or clothes are the main attractions of the street. There is an entire street dedicated to the shops.

Malleswaram is one of the areas where one can find the born and bred Bangaloreans. It belongs to the old Bangalore region. The 11th cross of Bangalore is the shopping centre where there are plenty of street vendors.

A very popular spot for shopping and food is the Jayanagar 4th block shopping complex. Definitely visit the complex for some street shopping.

Bangalore has plenty of shopping centres and malls. All the brands and huge shops are available in these shopping centres. If you are looking for a standard price and good branded clothes and things, then you can visit the malls.

Note: One cannot haggle in these shopping centres and malls.

The walk covering the three churches around MG Road is very easy and can be done by inexperienced walkers as well. It is a relaxed walk that requires very minimal time. The churches covered are:

The walk on the MG Road and Brigade road used to my most favourite things to do after work on a Friday night. The roads are buzzing with people and the city comes to life with people enjoying the weekend and the nightlife.

Note: Be careful if you are walking alone.

Bangalore is relatively a very safe city in India for solo female travelers. However, be cautious and know your surroundings especially at nights. And do not hail the auto rickshaws or a taxi (without booking it online) for night rides. Always keep a friend or a family member informed about your whereabouts.

Bangalore is a very lovely city and it has a character of its own. I would definitely spend at least a week as a traveller or a tourist to explore the places in and around Bangalore.

Have you visited Bangalore yet? Which of these places have you already seen? Let me know in the comments below.

48 thoughts on “The ultimate travel guide to Bangalore”