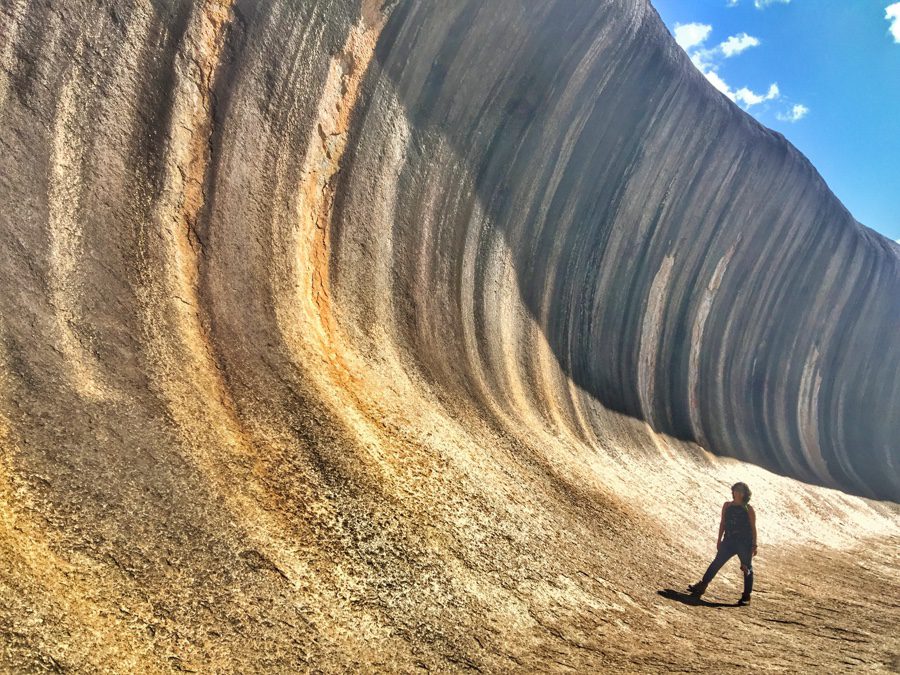 I had seen plenty of pictures on social media. As the Wave Rock looked spectacular, I wanted to visit it too. So as part of my travels to Perth, I decided to take a one day tour to the Wave Rock.

Wave Rock is a natural rock formation in Western Australia that is shaped like an ocean wave. It is made of granite and the rock is around 15 metres high and 110 metres long. It is considered as one of the things to do while traveling in Perth.

There are several tour agencies that run day tours from Perth. The day tour is around 10 to 12 hours as Wave Rock is approximately 340 kilometres from the city of Perth. I took a day tour with Aussie Perth Tours. They were really good as a travel agency and took extra efforts to ensure I get on to the tour.

My experience of the tour

The driver/tour guide was Brendon. He is one of the kindest and approachable guides I have ever met. He is very knowledgeable and was very considerate with all the guests on board.

Visiting the Wave Rock on your own is completely doable. The distance between Perth city and Wave Rock is around 340 kilometres and takes 3 hours 45 minutes to drive by car. I suggest making this a two day road trip and staying some place in between. Something to keep in mind is that the Wave Rock is quite remote.

Note: There is an entry ticket of AUD 12 per vehicle when visiting the Wave Rock without a tour agency.

The day was planned by the tour agency and it comprised of many quick stops.

The first stop was at a quiet town of York. This was a stop for breakfast and coffee. York is the oldest inland town in Western Australia and is along the bank of Avon River.

The second stop was at an information centre which talked about the longest fence in Western Australia (WA). This fence was built to keep the rabbits away from the state.

The third stop was after our lunch at a café, and it was at the Hippo Yawn. This rock formation gives an image of a Hippo yawning.

The fourth stop was at the Wave Rock. There is also a path and stairs that can be taken to go on top of the Wave Rock. This is a very short walk and one can climb the stairs to get pretty views of the surroundings.

The whole tour took about 12 hours and it was really long. Even though the tour guide and the company were great, I would not recommend Wave Rock tour itself with any agency, unless there is nothing else remaining to do in Perth or you are doing a road trip by yourself. I personally felt it was waste of money, just to go see a rock formation.

Follow #rakssabbaticaldiaries2019 and #solopassport for stories of my career break and travels.

4 thoughts on “One day trip to the Wave Rock”