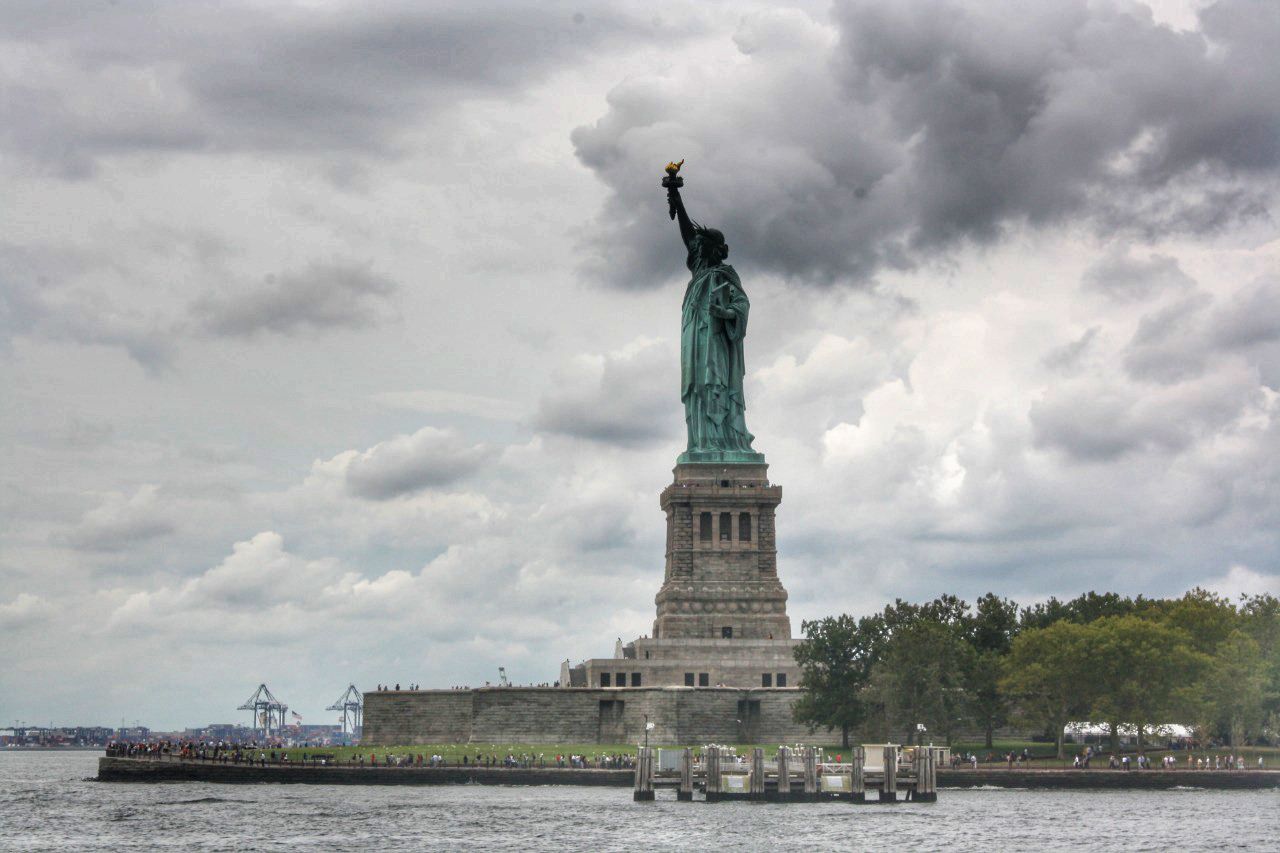 Who does not know about the Statue of Liberty? It is a monument that is globally famous and every one of us have dreamt of visiting it sometime in our lives. The statue is shown in the movies, websites and newspapers. Whenever someone talks about US, the Statue of Liberty is the first thing that comes to our minds. Well, I had an opportunity to visit this amazing marvel when I was on the East Coast US and Canada Highlights tour.

About Statue of Liberty

The Statue of Liberty, a UNESCO world heritage monument, was a gift from the people of France to United States of America (USA) to commemorate the friendship between the two countries. Dedicated in 1886, the copper statue was designed by a French sculptor Frederic Auguste Bartholdi and the metal framework was built by a French civil engineer Gustave Eiffle.

Even though the statue is made of copper, it is now green because of oxidation.

The statue is of Roman Goddess Libertas, where she holds a torch in her right hand and a tabula ansata inscribed 4 July 1776 in Roman. A broken shackle and chain lie at her feet as she walks forward, indicating the national abolition of slavery. The statue is the symbol of freedom and democracy. Libertas, in the statue, wears a crown with 7 spikes, representing 7 continents and 7 oceans of the world.

According to Popular Mechanics, it is estimated that the Statue of Liberty is worth $227610, making it the third expensive statue in the world.

The statue is the most recognised landmark and it represents the US itself. Standing tall at 93 metres in the New York harbour, this statue is said to welcome immigrants and residents indicating that they have come home to America.

In 1985, there is a documentary film with the same name that was made on the history of Statue of Liberty. The film was nominated for an Academy Award for Best Documentary feature.

How to get to Statue of Liberty?

Visitor Information for Statue of Liberty

Yes, absolutely safe for solo female travelers. I was most of the times alone, even though I was with a group of other travelers and I did not have any issue while visiting the Statue of Liberty. However, like any other place, be cautious, especially after dark.

Visiting the Statue of Liberty is one of those things that have to be ticked off the bucket list when visiting USA, especially New York city. It was worth seeing this eye catching and important statue and the museum. I highly recommend paying a visit when you are in the New York city. If not the statue, you will surely love the skyline and the ferry ride.

Have you seen this glorious statue? What did you think? Let me know in the comments below.