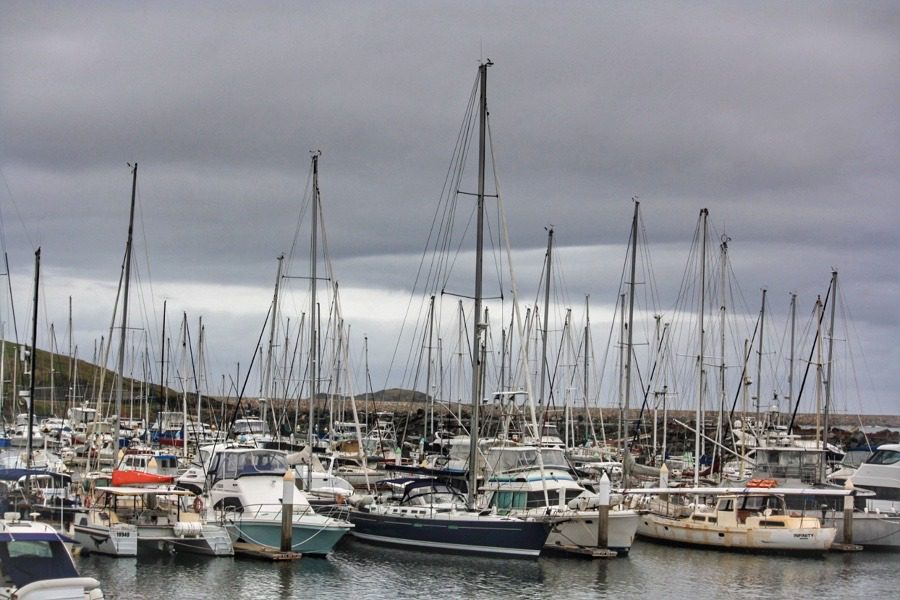 Coffs Harbour is another place that I love to travel. It makes an awesome weekend getaway and I have visited the city a few times now. It’s laid back and relaxing vibes are great to have a wonderful vacation. Even though there are many things to do in Coffs Harbour, I would like to list down my 5 favourite things.

You can extend the trip to Coffs Harbour by visiting other places on the east coast. Read the ultimate road trip on East coast of Australia for more details.

Where is Coffs Harbour?

Coffs Harbour is a city in the north coast of New South Wales (NSW) state of Australia. Known for its beaches, the Big Banana and abundant wildlife, Coffs Harbour is worth spending time at and having a nice vacation. The wider region around Coffs Harbour is known as Bananacoast as once the city’s economy was mainly based on Bananas. And now it is based on Blueberries, tourism and fishing.

How to get to Coffs Harbour?

Coffs Harbour has its own airport and there are frequent flights between Coffs Harbour and Sydney. The flights are operated by Rex and Qantas and the flight tickets are expensive for a 1 hour 30 minutes flight.

The flight from Brisbane to Coffs Harbour is only 1 hour and the providers that run the flights between the cities are Qantas and Link Airways. The flight tickets are expensive.

If you are driving from Sydney, then I suggest you take transit stops along the way. Some of the beautiful places to stay are at Newcastle, Nelsons Bay and South West Rocks.

The public transport from Brisbane to Coffs Harbour takes around the same time (16 hours 30 minutes) and is more complicated. You need to take two trains and then a bus to reach Park Avenue at Coffs Harbour.

5 things to do in Coffs Harbour

Coffs Harbour has many things to do and it is a beautiful coastal city where one can spend days. However, the best 5 things I have done in Coffs Harbour are listed below.

Take a picture with the Big Banana

The Big Banana is the most popular attraction in Coffs Harbour. It is an amusement park set amongst a banana plantation. It is one of the Big things to see in NSW which is 15 metres long. In 2007, Australia Post released 50 cents postage stamps with the Big Banana printed on them.

Walk around the Muttonbird Island

Muttonbird Island is a nature reserve in Coffs Harbour. It is connected to a causeway to the mainland, and is a great spot for watching the birds as it is a major breeding ground for wedge tailed shearwaters called muttonbirds. One can walk around the island (just 1 kilometre walk) to see the muttonbirds or also to get a glimpse of never ending ocean.

Muttonbirds are migratory seabirds. Griffiths Island in Port Fairy is another place to see the muttonbirds in Australia.

Get educated on dolphins and seals at Dolphin Marine Magic

An amazing place to learn about dolphins, seals and reptiles is the Dolphin Marine Magic. It is a conservation park for rescued dolphins and seals, with a vision to educate people in conserving the marine life and their environment.

According to their website, as of the 14th March 2018, the Dolphin Marine Conservation Park no longer intends to breed their dolphins aligning with the future direction of their organisation.

See the pretty butterflies at the Butterfly Park

An indoor park with lots of Australian butterflies is the Butterfly park. It is a great place to walk amongst the butterflies and take their beautiful pictures.

The city is very safe for solo female travelers. I have visited Coffs Harbour as a solo traveler and I have not had any issues whatsoever. However, like any other place, be cautious and know your surroundings, especially at nights.

I love to visit Coffs Harbour over and over again. It is a beautiful coastal city where one can do plenty of things and caters for all travelers and vacationers.

16 thoughts on “5 things to do in Coffs Harbour”