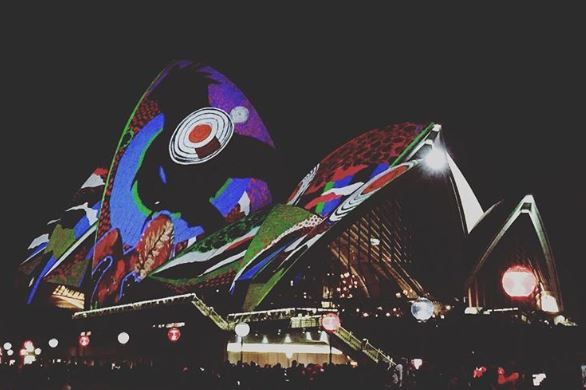 In Sydney, we are blessed with so many festivals and events that happen annually throughout the year. I have been going to most of them every year from the time I have moved to Sydney. These are really nice celebrations and they bring people together to celebrate seasons, music or in general life.

Festival and events in Sydney

The Sydney festival is a program of World premier showcasing more than 70 works by the established artists.

Australia Day is a national day celebrated on 26 January every year. It marks the 1788 landing of the First Fleet at Sydney Cove.

Anzac Day is a national remembrance day celebrated on 25 April every year, in Australia and New Zealand. It commemorates all who served and died in all wars, conflicts and peacekeeping operations. It is celebrated with a dawn service.

A festival of lights and music is Sydney vivid. It is approximately 3 weeks (23 days) festival, starting from the last week of May every year. Sydney Vivid was started in 2009 and it attracts more than thousands of people.

The starting of the official Whale watching season. It is that cool-season where the humpback whales migrate from Antarctica to up north to Queensland and then back. The season starts from the end of May and lasts up till November.

June is winter season in Australia and it is the Milky Way season. The skies and the starry nights are amazing to look at and feel like a part of a Disney movie.

July is also winter season in Australia. So we show off wearing the red and green jumpers matching with our happy socks by celebrating Christmas in July. It is an unofficial holiday and it is celebrated at the peak of winter.

Some of the wildflowers to watch out are Waratahas, pink boronias and some native little flowers.

Yes, we, the Sydneysiders, have our own cherry blossom festival here in Sydney. It starts in the mid of August.

The festival of Winds

The festival of Winds is a kite festival. This is the two days festival where everyone flies kites at the beach.

The dancing Indian festival, especially celebrated by the people of Gujarat (India), is organised every year. All the Indians come together to dance for the folk and traditional Gujarat music.

Sculptures by the Sea

The Sculptures by the Sea is an annual exhibition at Bondi beach to exhibit sculptures created by artists around the world. It is a 2-week event starting in the last week of October.

The Jacarandas season is that beautiful season where Sydney turns purple with Jacaranda trees everywhere. It starts by the end of October and goes into November.

Yes, absolutely. Sydney is very safe for solo female travelers and one can move around and navigate safely between the places solo. I have been living in this city for many years now and have had any issues whatsoever. However, like any other place, be cautious especially at nights, and trust your instinct.

There are many more annual festivals in Sydney, but these are the ones that are popular and are known to me. I have been attending these festivals every year from the time I moved to Sydney and I have had a great time at each one of these events.

If you know some of them that need to go on to ‘What’s on Sydney’ list, please leave a comment or write to me on Solopassport@gmail.com.