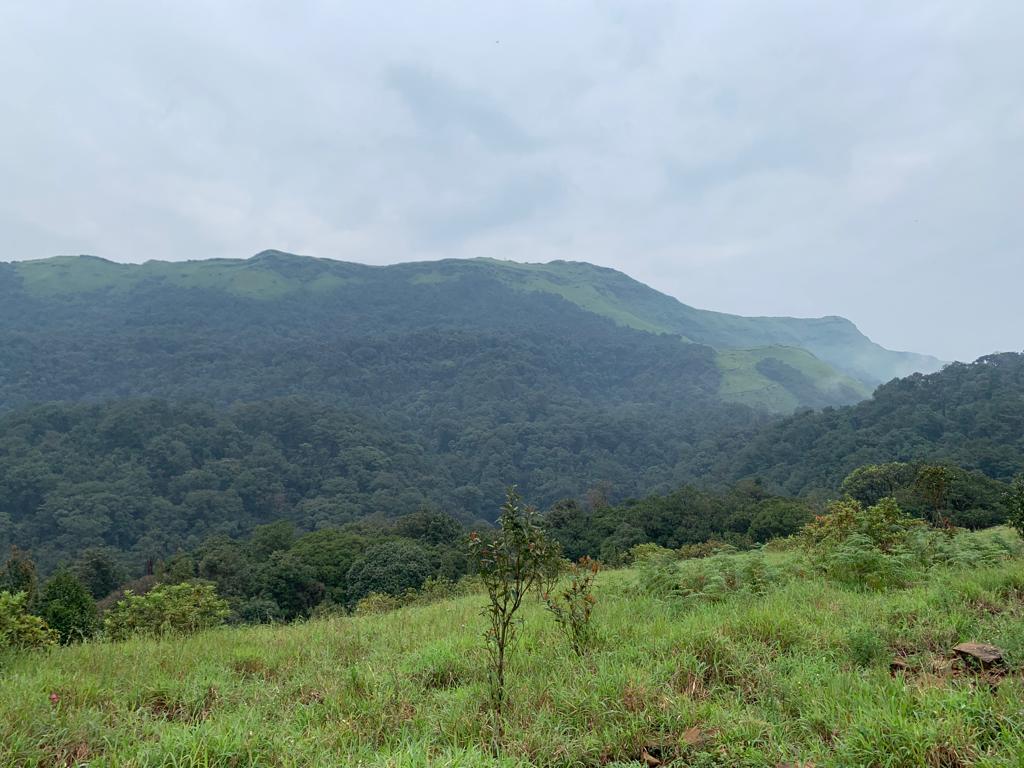 One of my favourite regions in Karnataka state is the Chikkamagaluru district. Perfect for its weather, the district provides an escape for Bangaloreans during summers. Also, it is a region where most of the popular trek trails are which is again famous among Bangaloreans, especially the Information Technology (IT) crowd.

Chikkamagaluru district gets its name from the Chikkamagaluru city. Chikkamagaluru in Kannada translates to young daughter’s town. It is believed that the town was given as a dowry to the younger daughter of Rukmangada, the chief of Sakrepatna.

The weather of Chikkamagaluru is perfect throughout the year but the best time to visit is after monsoons (between September and May) as the forests and the mountains are lush green and the temperatures are very cool.

Chikkamagaluru is a city in the Chikkamagaluru district. The city is located at the foothills of Mullayanagiri peak in the Western Ghats. With perfect weather, the city serves as a weekend getaway from Bangalore during summers especially.

Mullayanagiri is the highest peak in Karnataka.

Things to do in Chikkamagaluru district

Chikkamagaluru district is made up of 7 taluks and 213 towns/ villages. According to the 2013 census, the district has a population of more than 120,000 people. The villages are raw and absolutely beautiful. And they have so much of history and character.

With plenty of mountains and trekking trails, Kudremukha National Park is a very popular destination among trekkers. Some of the beautiful trekking trails are Mullayangiri peak, Baba Budangiri, Kemmangundi, Kudremukha peak, Narasimha Parvatha and Gangadikal treks.

Mullayangiri is the highest mountain in Karnataka. At a height of 1925 metres, the mountain is part of the Chandra Dhrona hill ranges. The trek to Mullayangiri peak is one of the offbeat treks and is not too crowded.

Known for its Hindu and Muslim religious site, Baba Budangiri peak is a mountain in the Western Ghats. At a height of 1890 metres, Baba Budangiri trek is one of the beautiful treks. The trekking trail is between Mullayangiri and Baba Budangiri.

Kemmangundi is a hill station in Tarikere taluk and was a summer retreat of Krishnaraja Wodeyar IV. At a height of 1863 metres, Kemmangundi peak is known for its waterfalls, dams and landscapes.

The Narasimha Parvatha trek is one of the offbeat treks in Kudremukha National Park. At a height of 1150 metres, it is the highest peak in Agumbe.

One of the thirteen peaks in Kudremukha National Park is the Gangadikal peak. The trek to Gangadikal peak is the least explored trekking trails in Karnataka.

Bhadra Wildlife Sanctuary is a protected tiger reserve which was established in 1974. The name Bhadra is derived from the Bhadra River that the sanctuary is on. It is estimated that the sanctuary has 33 tigers with many other animals such as elephants, jackals, jungle cats, leopards and giant squirrels.

The Hoysala dynasty ruled between the 10th and 14th century in Karnataka and during their reign, the rulers and the kings built many temples that are architectural marvel. Two most popular Hoysala temples are the Chennakeshava temple in Belur and Hoysaleswara temple in Halebidu. These two temples are on the border of Chikkamagaluru and Hassan districts.

If there are mountains, then there have to be waterfalls. Chikkamagaluru district is well known for striking waterfalls. It is believed that the district is home to 35 waterfalls. A few of the notable ones are Hebbe, Jhari, Kalhatti and Manikyadhara waterfalls.

Constructed in the 12th century, Ballalarayana Durga fort is a ruined fort on a hill. The abandoned old fort was constructed by the wife of Veera Ballala I, the King of Hoysala temple. The fort can be reached through a trek.

The Lakya dam is constructed on River Lakya, a tributary of the River Bhadra. Completed in 1994, the dam was built to collect silt and other mining waste materials.

The Bhadra dam is constructed on River Bhadra, a tributary of the River Tungabhadra. Commissioned in 1965, the Bhadra dam was designed by Sir M V Visveshvaraya.

One of the oldest and historical temples in Karnataka is the Sringeri temple. Dedicated to Goddess Sharadambe, the temple is an ancient temple. The Rajagopuram is 127 feet tall.

Sringeri also has other notable temples such as Sri Vidyashankara and Sri Malahanikareshwara temples.

Chikkamagaluru has plenty of homestays, hotels and resorts. And each of them is amidst nature and coffee plantations.

I have stayed at Bella homestay a few times. The owners of the homestay are very friendly and caring. It is a good place to stay if you are traveling with friends/ alone. The rooms are basic. And I have stayed only in the dorms.

Guddadamane homestay is one of the most beautiful homestays in Chikkamangaluru. The homestay is a 150 years old house and still has the authentic old feel. is amidst an estate and it is a lovely place to stay. The family and the food is really nice at the homestay.

Undoubtedly, the Jungle Lodges is the best stay in Chikkamangaluru. The River Tern lodge is a spectacular property in the Tarikere taluk. The lodge is on the edge of Bhadra reservoir.

How to get to Chikkamagaluru?

Chikkamangaluru is around 250 kilometres from Bangalore and the journey by road takes about 5 hours. Note: Some of the roads are in the ghat (mountains) section and is suitable only for experienced drivers.

Karnataka is relatively safe for solo female travelers. I think it is safe to travel alone in the region. However, I would not suggest trekking alone as there is wildlife and some of the trails are very isolated and remote. Also, be careful at all times, especially at night.

The Chikkamangaluru district is one of the breath taking regions of Karnataka. Visiting some of these, if not all, must surely be on your list when you are in Karnataka as the landscapes are truly amazing.

How many of these sight seeing places have you seen? Let me know in the comments below.