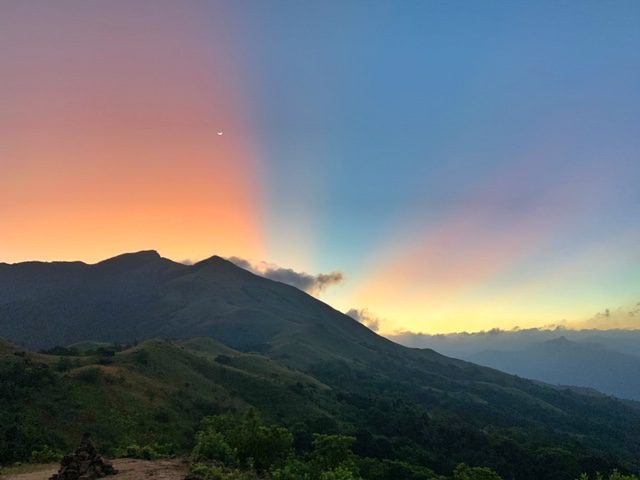 Karnataka is my home state and I am in love with it. We have everything, from pretty beaches to lovely dense forests. And the people are warm and welcoming, especially in the villages. One state that is known for its heritage and spectacular landscapes, then it surely is Karnataka.

Are you visiting Karnataka for the first time? Read my travel diaries from Karnataka.

Known for its natural beauty, wildlife and the cultural heritage, Karnataka is the largest state in South India. It is the only state that has borders with all other states in South India. Originally known as the State of Mysore, Karnataka was renamed as Karnataka in 1973. There are many theories of how Karnataka name has been derived. One is that Karnataka comes from Kannada words ‘karu’ and ‘nadu’ which means elevated land. Karu and nadu also means black region referring to the black cotton soil that is found in the state.

Karnataka has seen some of the most powerful empires of India such as Chalukya and Vijayanagara empires. The state is mainly divided into three regions:

Around 20% of Karnataka is covered by forests.

Karnataka experiences all the four seasons in the year. The best time to visit the state is between the months October and April as it is cooler and pleasant. Monsoon season is from June to September.

As I mentioned, Karnataka is the largest state in South India and hence, one needs at least two to three weeks to explore the places around. November 1st is celebrated as Kannada Rajyotsava to commemorate the formation of Karnataka state.

10 places to see in Karnataka

Number one place to see in Karnataka is Hampi. With so much of history and heritage, Hampi surely tops the list. Once a capital city for Vijayanagara Empire in the 14th century, Hampi with the group of monuments is a UNESCO World Heritage site. It was probably the richest town in India and it attracted traders from Persia and Portugal. Unfortunately, after the defeat of Vijayanagara Empire, all the monuments and the town were destroyed and burnt down.

The best time to visit Hampi is during the winter season which is between the months of November and February. And one needs at least 3 days to cover entire Hampi including Kishkinda.

Murdeshwara is usually hot throughout the year but it is best to visit during the winter season (between November and February) as the weather is better than the rest of the months.

Officially known as Kodagu, Coorg is one of the popular hill stations in South India. It is known for its coffee and vanilla estates, scenic landscapes and beautiful waterfalls.

The best time to visit Coorg is in the summer season which is between the months of March and May as the weather is pleasant and not too cold.

Mysore is one of the top visited places in Karnataka. Famous for the spectacular palace, Mysore is a city located in the foothills of Chamundi Hills. Mysore has a warm and laidback vibes to it which makes a perfect weekend travel from the busy city of Bangalore.

The best time to visit Mysore is during the monsoon and winter season which are between the months of July and February.

The best time to visit Bandipur National Park is in the summer and monsoon seasons which are between the months of March and September.

Sakleshpura is a small town located in the Malnad region of the Western Ghats. It is a popular hill station in Karnataka as the weather is amazing during the summer season.

The best time to visit Sakleshpura is in the summer season which are the month between March and May.

Dandeli is a town in the Uttara Karnataka and is a natural habitat for wildlife. It is the second largest wildlife sanctuary and was designated as the tiger reserve. Dandeli is also famous for the white water rafting on the Kali River.

The best time to visit Dandeli is in the winter and summer seasons which are between the months of October and May.

Jog Falls is the third highest plunge waterfalls in India and is located on the Sharavati River. Also known as Gerusoppa Falls, the Jog Falls attract a lot of tourists every year. The Jog Falls come in four distinct falls, Raja, Rani, Roarer and Rocket.

The best time to visit Jog Falls is during the monsoon season which are between the months of June and September.

Officially known as Mangaluru, Mangalore is a port city located between Arabian Sea and the Western Ghats. The city is known for hills, coconut palms, and rivers. It is the only city in Karnataka that has all four modes of transport: air, road, train and sea.

The best time to visit Mangalore is in the winter season which are between the months of November and February.

The best time to visit the Western Ghats is in the winter and post monsoon seasons which are between the months of September and February.

Karnataka is one of the safe states for solo female travelers. People are very friendly and kind, especially towards females. However, like any other place in the world, be cautious especially at night and at isolated places. If you face any problems or harassment, ensure to make noise so it attracts crowd.

Karnataka is surely one of the most beautiful states in India. It has so much of diversity and breathtaking landscapes. I highly recommend visiting Karnataka when you are in India and spending at least two to three weeks in this amazing state.

Which of these places have you visited in Karnataka? Let me know in the comments below.