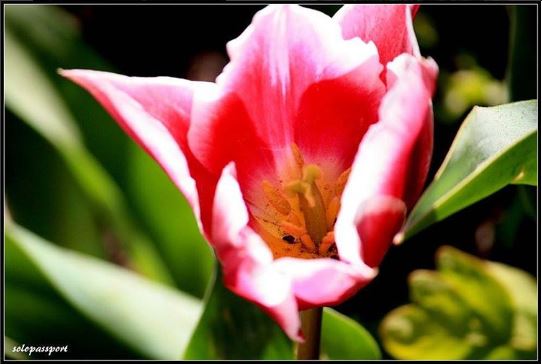 Floriade or Floriat in Canberra

Thanks to the internet, we all have at least once seen the pictures of tulips in The Netherlands. They are some of the most prettiest pictures on social media. Even though I did not see the tulips when I was in The Netherlands, I did visit a festival that is hosted every year in our own Australian capital city of Canberra, that is called the Floriade. A few years ago, I visited Canberra just to see these amazing flowers and also to pat a cheetah at the Canberra National Zoo and Aquarium.

Did you know Canberra was the first city where I lived in Australia?

Floriade is a flower festival celebrated in Canberra, the capital city of Australia. It is a celebration of the Spring season and the festival is held every year displaying the delightful flowers with some sculptures. The festival is usually held between mid of September and mid of October.

The idea of Floriade was started by a landscape architect named Christiaan Slotemaker de Bruine. The design was commenced in the year 1986 based on the Keukenhof garden in The Netherlands. For Canberra’s 75th birthday, Floriade was started in the year 1988. It was initially started as a one off event but due to the popularity of the event, it was decided to be hosted every year.

Floriade is originated from Latin word floriat, which means to design with flowers. The festival is known as “Australia’s Celebration of Spring” by the locals.

How to reach the festival?

Visiting Floriade is absolutely FREE. There are no entry tickets required to see the flowers. However, there are musical events and the Night Fest that are conducted during the festival and they require tickets.

The flower viewing at the festival is open between 9 AM and 6 PM during the Floriade festival.

Canberra is one of the safest cities in Australia. The capital city does not have much of a crime rate and is very safe for solo female travelers. As I mentioned in the beginning of my post, I lived in Canberra for many months and it was the first city I migrated to from India. And during my stay at this city I never faced any issues. However, be cautious and know your surroundings, especially at nights as Canberra becomes very isolated and deserted at nights.

Yes visiting Floriade is definitely worth it. The festival may not be as big as the one in The Netherlands, but it is a beautiful festival and brings in lot of cheerful vibes to the city during the spring season.