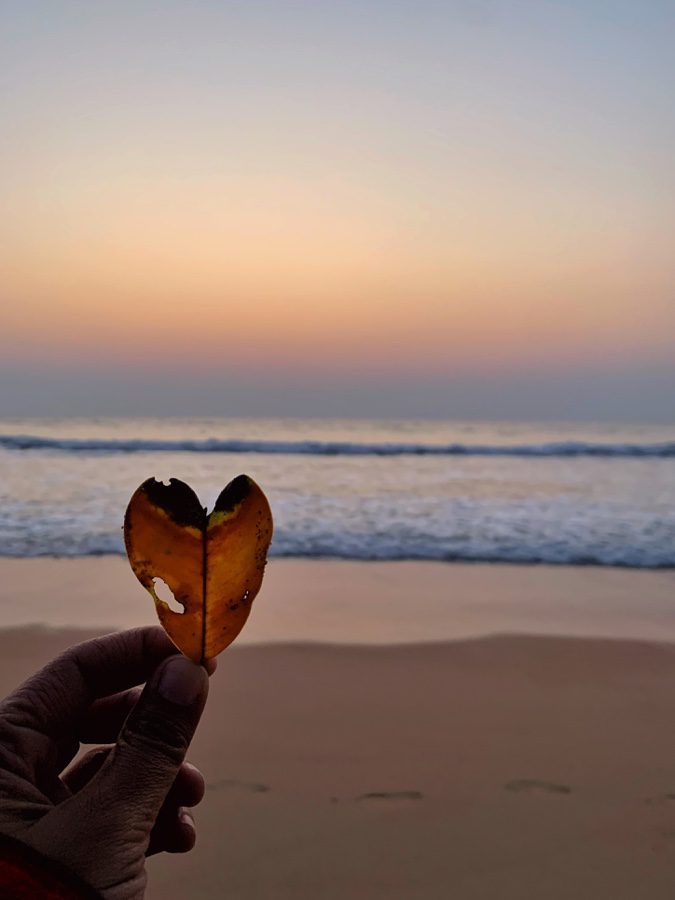 The thing with Andaman islands are that every island is better than the previously visited one. And Neil Island does not stay back in the race of being the most beautiful island. Neil Island, now known as Shaheed Dweep, is one of the most amazing islands in the South Andamans district. It lies about 35 kilometres from the capital city of Port Blair.

According to Wikipedia, Neil Island is named after a British Brigadier General, James Neil. It was later renamed to Shaheed Dweep in December 2018, as a tribute to Subhash Chandra Bose.

Did you know that the names of the beaches on Neil Island are named after the characters from the mythological story Ramayan?

Getting to Neil Island

The government-operated ferries are cheaper but take longer time.

We took a private ferry from Havelock Island and the travel time between Havelock and Neil Island is around one hour.

Ensure to book the ferry/ boat in advance as Andamans is a very popular tourist destination and all the ferries generally booked out pretty quickly.

Very similar to Havelock Island, the best time to visit Neil Island is during winter season, which is from December to February, as the climate is cool during these months. During summers, it is extremely hot and I would not recommend traveling to Andamans during the summer season.

Transportation within the island

Motorbikes are the best way to travel around the island. One needs to have a valid license to hire a bike. This needs to be shown at the bike hire centre before picking up the bike. For 24 hours, the cost to rent a bike (excluding fuel/ petrol) is INR 600. The traffic is very low when compared to mainland India.

The island also has taxis, they can be used to travel between the ferry drop point and the resorts. The cost of a one-way taxi ride is INR 100 to 150.

Ensure to haggle with the taxi driver.

There are plenty of shops and supermarkets to buy groceries and water. The water is cheaper at the supermarket when compared to buying them at the resort.

The water bottles are available only in 2 litre bottles.

There are sea snakes on the island. So please be careful as to where you step, especially at nights. It is best to avoid the beaches after sunset.

Place to stay on Neil Island

There are plenty of resorts on the island. And some of these resorts are along the beach and have a part of the beach in their backyard. My friend and I stayed at Silver Sand Beach Resort. We were upgraded to a cottage and I must say that it was absolutely beautiful. The cost of one room (Neil Panorama) with 2 meals included was about INR 18254.

Note: Be careful of the sea snakes while walking in the resort after sunset.

Things to do in Neil Island

Number one thing to do at Neil Island is to scuba dive. The water is absolutely clear, warm and amazing. It is ideal for scuba dives with the visibility is about 15 metres, absolutely stunning and perfect condition to dive.

There are many dive centres on Neil Island. I went with India Scuba Explorers and I enjoyed diving with them. The dive staff were experienced and I had a great time.

One of the coolest things about diving with them was that they dived at a dive site that had not been explored by any other diving agency. The marine life at this unexplored dive site was absolutely breath taking. I saw a sting ray, turtle and a few more rays.

This is the highlight of Neil Island. We were told that the sunset here was outstanding and one cannot miss seeing the pretty ending of the day. Unfortunately, we could not witness this beauty as we saw the sunset at the Natural Bridge.

Sitapur beach is a perfect place to witness the sunrise. The sun rising from the horizon along the beach is something to die for and is totally worth getting up at 4 AM.

The beach is also considered as the Edge of the World. Also, this beach is one of the best places to make local friends.

Even though we did not take the glass bottom boat ride, we were told by the locals that it is totally worth it. The rides are conducted at Bharatpur beach. Bharatpur beach is also a perfect beach to go for a swim.

Also fondly known as Howrah Bridge, this Natural bridge is a beautiful path to witness different kinds of corals. The corals are dead and are washed up near the path. I was told by a local guide that one can see clown fish colonies from the bridge. Unfortunately, we did not see any clown fishes but we witnessed the sunset on one of the days at the natural bridge.

Note: Be careful of the sea snakes after sunset.

There are plenty of restaurants serving local food on the island. I suggest visiting Garden View and Holiday Inn restaurants.

Do try the potato curry at the Garden View restaurant.

I would say that Neil Island is relatively safe. Even though I traveled with a friend of mine, I would still vouch that this island as a good destination for solo female travelers. Having said that, like any other place, ensure to take appropriate precautions while traveling alone and trust your instincts.